The Argentine state has been languishing in financial turmoil for the last few decades, but things could potentially turn around for Buenos Aires with the exploitation of vast hydrocarbon deposits in the Neuquen province. When Repsol SA (ADR) (OTCMKTS:REPYY) discovered the Vaca Muerta oil field in 2010, the Spanish petroleum refining company initially estimated the shale oil reserve to be around 927 million barrels. Today, the state-owned Argentine energy company YPF SA (ADR) (NYSE:YPF) believes that the reserve stands at around 22.5 billion barrels. If true, the Vaca Muerta shale oil field ranks as the second largest in the world for shale gas deposits and fourth largest in oil reserves.

Due to Argentina’s ongoing problems with its currency and external debt, Buenos Aires had faced difficulties acquiring the necessary credit to make the initial investment for further exploitation of the wealth at the foot of the Andes. YPF SA (ADR) (NYSE:YPF) appeared to resolve this problem on July 16, when Chevron Corporation (NYSE:CVX) signed a deal with YPF to invest $1.24 billion to drill 100 wells in a 20 square kilometer area. In return, the Argentine state promised not to tax 20% of Chevron’s exports and allow earnings to be kept in foreign exchange outside Argentina.

Unfortunately, all of this is unlikely to deliver returns to investors in either YPF SA (ADR) (NYSE:YPF) or Chevron Corporation (NYSE:CVX) because of several mitigating factors that are likely to stall development and the export of resources from the Neuquen region. 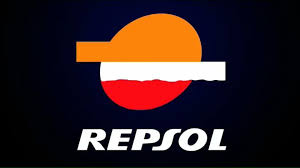 Currently, Chevron Corporation (NYSE:CVX)’s performance is less than stellar. Chevron’s second quarter earnings slid 20% compared to the 2012 figures, dropping from $7.2 billion in earning to $5.4 billion with revenue down to $55 billion from $60 billion. John Watson, Chairman and CEO of Chevron, blamed the decline on softer market conditions for crude oil and refined products in addition to repair and maintenance activities in US refineries. Nonetheless, he promised that Chevron’s active investments throughout the world in energy extraction will boost the company’s returns.

Development of the field in Vaca Muerta is one of the many ongoing projects that John Watson is talking about; however, it is not only costly but also risky. Buenos Aires had forcibly nationalized YPF SA (ADR) (NYSE:YPF) and its assets in Vaca Muerta in April 2011 by expropriating 51% of its shares from Repsol SA (ADR) (OTCMKTS:REPYY), which had owned the Argentine company since 1999, on the grounds that the Spanish company was not investing enough in YPF projects.

As a result of this arbitrary transfer of assets, Chevron Corporation (NYSE:CVX) faces challenges to its operations in Argentina from Repsol SA (ADR) (OTCMKTS:REPYY), which has appealed to the World Bank through the Washington-based International Center for Settlement of Investment Disputes over the forced expropriation of its shares by the Argentine state. At the same time, Repsol is directly challenging Chevron in the Spanish and US courts for developing assets that were illegally seized by the Argentine state.

While these external forces may not immediately dictate the terms of Chevron Corporation (NYSE:CVX)’s operations in Argentina, they may lend weight to domestic political actors, especially those in opposition to Cristina Fernandez de Kirchner’s administration, who would benefit to see the operations stalled.

A few opposition party members in Argentina have already filed for an injunction against the YPF SA (ADR) (NYSE:YPF)-Chevron deal at the Appeals Chamber of Buenos Aires on the basis that the June 16 agreement violated the Hydrocarbon Law (Law No. 17.319), which restricts the exports of natural gas to ensure domestic consumption.

Furthermore, many politicians who supported Kirchner’s nationalization of YPF SA (ADR) (NYSE:YPF) on the basis of establishing energy sovereignty have turned their backs on her as they see the deal with Chevron as a re-privatization of state assets. With congressional elections in October, the YPF-Chevron deal could bubble into a controversy, which could hamper continued operations in the Vaca Muerta field.

On top of these challenges, Argentina’s rolling problems with its currency could also seriously damage developmental prospects. According to Jorge Feroli at the World Energy Council, developing Vaca Muerta could cost between $68 billion and $89 billion. However, Argentina is hemorrhaging cash with current reserves at a six year low.

The Kirchner government has forwarded the CEDIN, a voucher that will exchange illegally held dollars for bonds to purchase real estate and shares in other projects, in a desperate measure to inject dollars into the domestic economy. Hernan Yellati, head strategist at BancTrust & Co. in Miami, suggested that this was an “opportunistic strategy to lower the parallel rate, control inflation and at the same time give a boost to economic activity before the election.” However, not only does this plan run the risk of spurring money laundering, but it will also fail to stem the outflow of capital in a significant manner. With capital flight hurting investments, Vaca Muerta may be far from expanding operations to make a difference for YPF SA (ADR) (NYSE:YPF).

In addition, YPF has suffered since being nationalized; output of crude has fallen by 0.7% and natural gas by 3.7%. It seems unlikely that Chevron Corporation (NYSE:CVX)’s involvement will make a great difference in the overall operations for YPF SA (ADR) (NYSE:YPF).