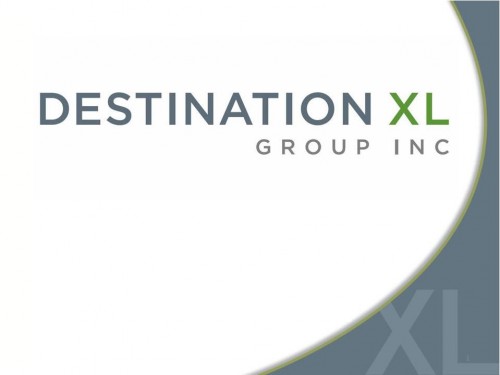 Moreover, earlier in February, in another filing, Red Mountain revealed that its manager, Willem Mesdag, has been added to the board of directors of the Destination XL Group Inc (NASDAQ:DXLG). The fund has been bullish on the stock recently, in its 13F filing revealing ownership of 4.84 million shares, up by 15% over the quarter.

The major multi-channel specialty retailer of big & tall men’s apparel and accessories, Destination XL Group Inc (NASDAQ:DXLG), reported sales of $388 million for its fiscal 2013, versus $399.6 million posted a year ago. At the same time, the company posted a loss of $1.23 per diluted shares, significantly down from an income of $0.13 in fiscal 2012. The company, however, expects an improvement during this year, forecasting sales in the range of $405.0 to $410.0 million, according to a statement. The net loss is also expected to narrow and be between $0.12 to $0.16 per diluted share.

On the back of weak financial results, the stock of Destination XL Group Inc (NASDAQ:DXLG) has been declining and lost over 14% since the beginning of the year. However, the average recommendation for the stock is “Overweight” and the mean target price stands at $8.00 per share.

Investors, on the other hand, seem to be keen on Destination XL Group Inc (NASDAQ:DXLG), with many of the major shareholders raising their positions in the latest round of 13F filings. Glenhill Advisors, led by Glenn J. Krevlin, raised its stake by 7% over the quarter to 4.47 million shares. Phil Frohlich‘s Prescott Group Capital Management initiated a stake in the company, which amasses 711,400 shares, and Cannell Capital, managed by J. Carlo Cannell, surged its position by around 670% to 548,900 shares.

The largest part of Red Mountain’s $334.2 million equity portfolio is invested in the Services sector. The two largest holdings in Air Transport Services Group Inc. (NASDAQ:ATSG) and Encore Capital Group, Inc. (NASDAQ:ECPG) represent together over 40% of the equity portfolio, the fund holding 11.15 million shares worth $90.22 million in Air Transport Services and 1.33 million shares, worth $66.95 million in Encore Capital.

Carl Icahn To Get Three More Board Seats at Herbalife Ltd. (HLF)