On Wednesday December 22nd after the market close, shares of Red Hat Inc (NYSE:RHT) took a dive following disappointing third quarter results and news that the current Chief Financial Officer Frank Calderoni is leaving his post after taking the CEO position of another company. The principal accounting officer Eric Shander is to fill the role in the interim.

To add fuel to the fire, RHT also came up light with fourth quarter and end-of-year outlook compared to analyst expectations. The company announced adjusted earnings of 61 cents per share on $615.3 million in sales while analysts were looking for 58 cents per share on $619 million in sales. They also came up short on Q4 outlook with revenues between $614-622 million while analyst were looking for around $638 million.

Full year earnings were lower than expected as well with the company estimating revenues to be around $2.97 – $2.405 billion while analysts were looking for $2.42 billion. This was a miss on just about every level and as you can see from the charts below, investors were not happy. However, on the bright side, most of the revenue shortcomings were to be expected due to the elections and the CEO Jim Whitehurst expects all the pending deals to be finalized now that the election is over.

Currently analyst have an average price target of $90.10 but that could be lowered following the earnings data. 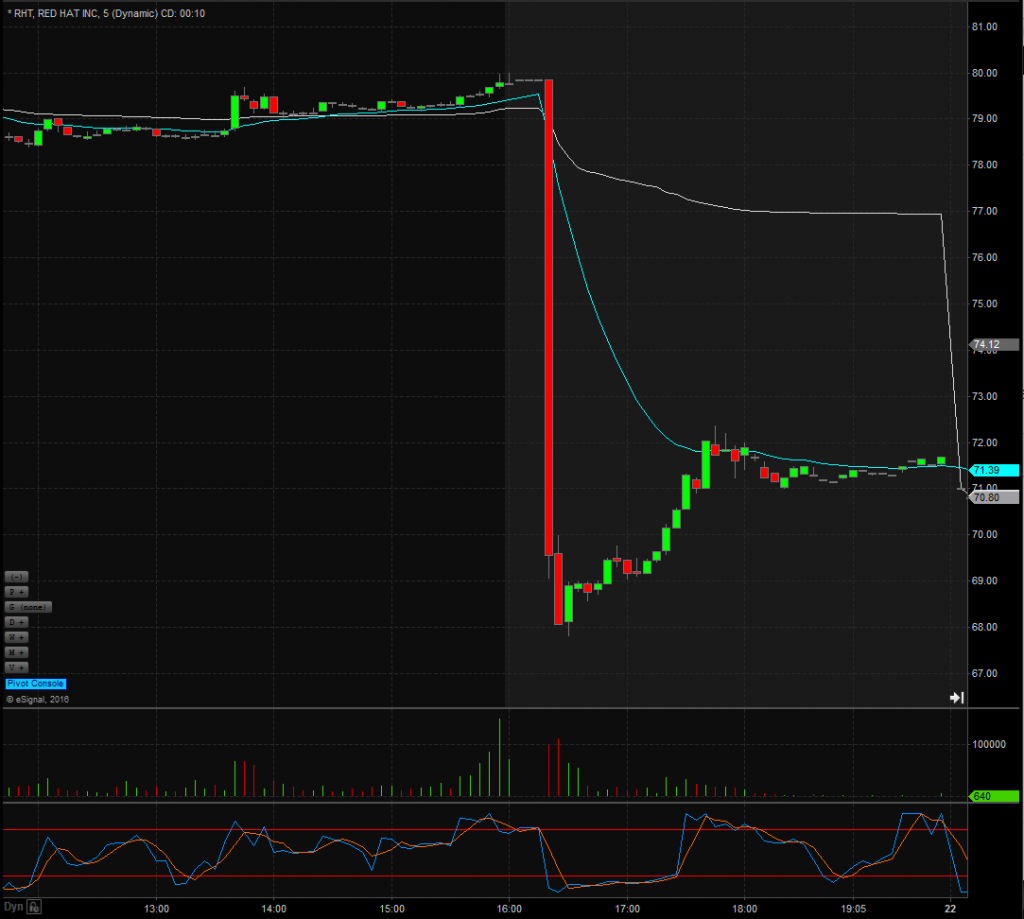 Looking at the 5-minute chart above you will see that shares plummeted after earnings came out. They closed the day at $79.79 but traded all the way down to post-market lows of $67.81 marking a 15% drop in price. Shares slowly climbed back in the pre-market and opened the trading day at $70.30, well below their 200-day moving average currently sitting at $75.48, which will now act as resistance until it can get back above. We should also see some resistance at $72 and $76 with support coming in at $67, $64 and $60. 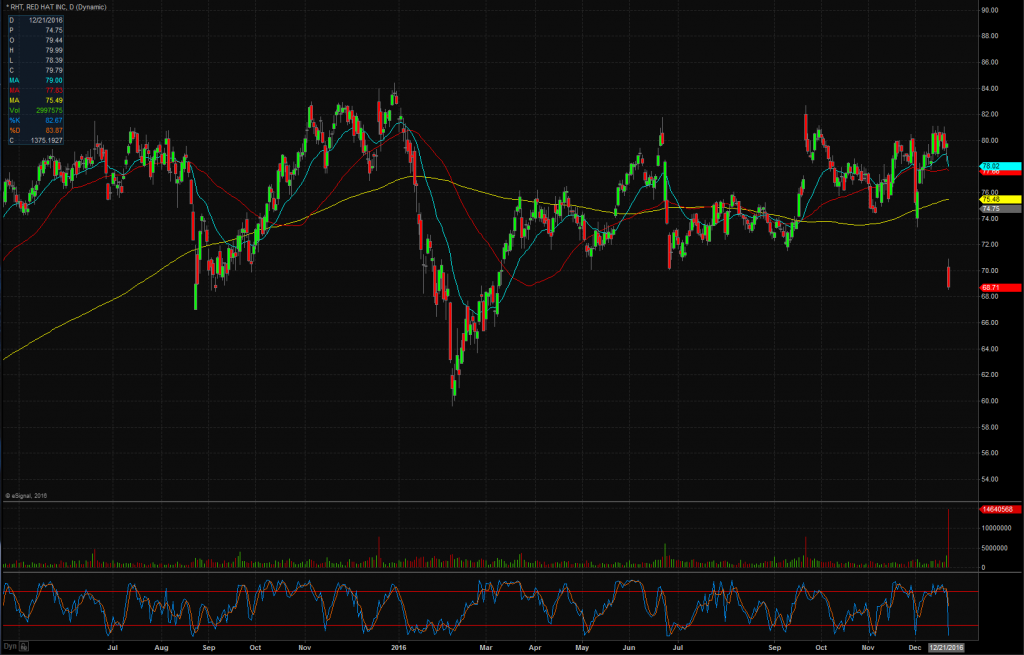 Looking at the bigger picture on the daily chart above you will see that shares have been a bit choppy, sticking to a range mainly between $83 and $70. You will also notice that the 50-day moving average and the 200-day moving average are relatively flat indicating that shares have been range bound for quite a while, but now that we have a catalyst we should see volatility pick back up and shares should start becoming more directional. Ideally we would like to see shares reclaim to the 200-day moving average but with missed earnings and a below average outlook for the next quarter, we could see some more pressure to the downside.