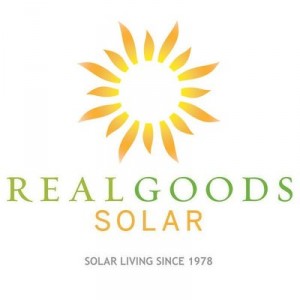 On Monday, we saw two different solar-related stocks trade higher by more than 50%. Both companies had been under-the-radar stocks prior to Monday’s large returns, but now are attracting a lot of interest among retail investors. Thus I am looking at both to determine what created such large movement and if it’s a buying opportunity.

A Quick & Sudden Gain For This Small Solar Company

Real Goods Solar, Inc. (NASDAQ:RSOL) is a $180 million solar energy company that serves commercial, residential, and utility customers. After Monday’s gains of more than 50% the stock has now accumulated a two-day gain of 300%. Why is this company racking up such scorching gains, and is it an investment opportunity?

As crazy as it may seem, there was no catalyst for its rise — nothing except for an article from a new SeekingAlpha contributor, which apparently led to this massive 300% two-day rally.

In the article, Andy Zelenak calls Real Goods Solar, Inc. (NASDAQ:RSOL) a potential “diamond in the rough,” and presents it as an investment alternative to SolarCity. In the article, Zelenak identifies two potential catalysts: a partnership with Lennar Corporation as a “strategic supplier” of solar equipment, and their new “PowerOn” pre-engineered solar modules.

After several reads, I can’t find anything in Zelenak’s article that would trigger a rally. It contained no new information — simply speculation about what “could” happen if the company catches every break and if all dominos fall in its favor. I’m not so optimistic, and I feel confident that investors could get hurt if things go badly for Real Goods Solar.

The company’s business plan involves no-money-down leases in a volatile solar pricing market, and it has serious liquidity issues. Real Goods Solar, Inc. (NASDAQ:RSOL) needs to extend its maturity date of its revolving line of credit with Silicon Valley Bank; it’s already said in its latest 10-Q that it doesn’t have sufficient funds to repay its debt.

That leaves Real Goods Solar, Inc. (NASDAQ:RSOL) with virtually no cash, mountains of debt, and — until its recent 300% two-day gain — no value in its stock. I’d expect significant dilution in the coming days, maybe weeks if investors are lucky, if Real Goods Solar, Inc. (NASDAQ:RSOL) issues and sells its newly valuable stock to replenish its coffers.

On a final side note, this was a $15 million company last year. Now it trades at $181 million. If you must invest in this stock — and I wouldn’t — be very careful.

After JA Solar Holdings Co., Ltd. (ADR) (NASDAQ:JASO) announced earnings on Monday morning, its stock rose 6% in premarket hours, and then kept climbing throughout the day. It’s currently at new 52-week highs, with a 64% post-earnings gain.

In the quarter, JA Solar Holdings Co., Ltd. (ADR) (NASDAQ:JASO) posted revenue growth of 4.7% or $270 million ($41 million better than estimates), and a loss of $0.85 per share ($0.35 better than the consensus). With such a massive beat, it’s quite easy to see why the market is responding so favorably.