Qiagen NV (QGEN): Hedge Funds Are Bearish and Insiders Are Undecided, What Should You Do?

What’s a smart Qiagen NV (NASDAQ:QGEN) investor to do?

To many market players, hedge funds are viewed as delayed, old investment vehicles of a period lost to current times. Although there are more than 8,000 hedge funds trading currently, this site looks at the top tier of this group, close to 525 funds. Analysts calculate that this group has its hands on the majority of the hedge fund industry’s total capital, and by keeping an eye on their highest performing investments, we’ve determined a number of investment strategies that have historically outpaced the S&P 500. Our small-cap hedge fund strategy outperformed the S&P 500 index by 18 percentage points a year for a decade in our back tests, and since we’ve started sharing our picks with our subscribers at the end of August 2012, we have outperformed the S&P 500 index by 33 percentage points in 11 months (see all of our picks from August).

Just as crucial, optimistic insider trading activity is another way to analyze the investments you’re interested in. As the old adage goes: there are a variety of motivations for a bullish insider to downsize shares of his or her company, but only one, very obvious reason why they would behave bullishly. Plenty of academic studies have demonstrated the impressive potential of this strategy if shareholders understand where to look (learn more here). 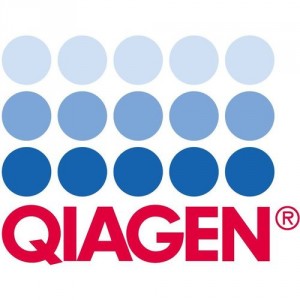 At Q2’s end, a total of 11 of the hedge funds we track held long positions in this stock, a change of -15% from the first quarter. With hedge funds’ capital changing hands, there exists a few notable hedge fund managers who were increasing their holdings meaningfully.

As Qiagen NV (NASDAQ:QGEN) has experienced a fall in interest from the entirety of the hedge funds we track, it’s safe to say that there was a specific group of money managers who sold off their entire stakes at the end of the second quarter. Intriguingly, Peter Rathjens, Bruce Clarke and John Campbell’s Arrowstreet Capital cut the biggest investment of the 450+ funds we track, totaling an estimated $3 million in stock. Ken Griffin’s fund, Citadel Investment Group, also said goodbye to its stock, about $2.4 million worth. These bearish behaviors are intriguing to say the least, as total hedge fund interest was cut by 2 funds at the end of the second quarter.

Legal insider trading, particularly when it’s bullish, is at its handiest when the company in question has seen transactions within the past six months. Over the latest 180-day time frame, Qiagen NV (NASDAQ:QGEN) has seen zero unique insiders purchasing, and zero insider sales (see the details of insider trades here).