Daniel Benton‘s Andor Capital Management has filed its 13F with the SEC for the reporting period of March 31. The filing has given a lot of insight into the firm, revealing a public equity portfolio valued at $1.01 billion, which represents a $562.97 million decrease from three months prior. The fund engaged in a number of big moves during the quarter, including adding 14 new positions to its portfolio, among them Qorvo Inc (NASDAQ:QRVO), Avago Technologies Ltd (NASDAQ:AVGO), and Palo Alto Networks Inc (NYSE:PANW). The firm was co-founded in 2001 by Christopher James and Daniel Benton, the latter of whom is the current fund manager. The fund uses both short and long-term strategies in making its investments, mainly focusing on technology. Among the fund’s top tech stocks are positions in large-cap stocks like Facebook Inc (NASDAQ:FB), Twitter Inc (NYSE:TWTR) , and Apple Inc. (NASDAQ:AAPL). In this article, however, we are focusing on its top small-cap tech picks, which are Proofpoint Inc (NASDAQ:PFPT), Integrated Device Technology Inc (NASDAQ:IDTI), and Imperva Inc (NYSE:IMPV). 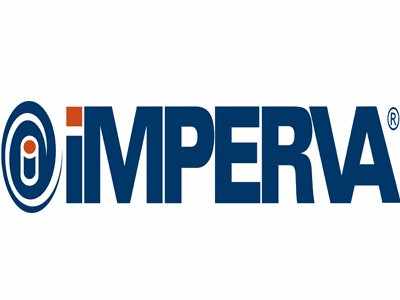 An everyday investor does not have the time or the required skill-set to carry out an in-depth analysis of equities and identify companies with the best future prospects like a fund with the knowledge and resources of Andor Capital can. However, it is also not a good idea to pay the egregiously high fees that investment firms charge for their stock picking expertise. Thus a retail investor is better off to monkey the most popular stock picks among hedge funds by him or herself. But not just any picks mind you. Our research has shown that a portfolio based on hedge funds’ top stock picks (which are invariably comprised entirely of large-cap companies) falls considerably short of a portfolio based on their best small-cap stock picks. The most popular large-cap stocks among hedge funds underperformed the market by an average of seven basis points per month in our back tests whereas the 15 most popular small-cap stock picks among hedge funds outperformed the market by nearly a percentage point per month over the same period between 1999 and 2012. Since officially launching our small-cap strategy in August 2012 it has performed just as predicted, beating the market by over 84 percentage points and returning over 144%, while hedge funds themselves have collectively underperformed the market (read the details here).

As of the 13F reporting period of March 31, Andor Capital Management held 600,000 shares of Proofpoint Inc (NASDAQ:PFPT) worth $35.53 million. The company announced on June 4 that its Nexgate social media security segment and Hootsuite have experienced exponential growth over the last 12 months, registering a well over 300% rise in the number of their joint customers. Proofpoint Inc (NASDAQ:PFPT) also announced a partnership with Percolate, The System of Record for Marketing, towards providing social media regulatory coverage and diverse automated controls specialized for enterprise marketing companies. The partnership aims at creating an integrated solution that meets regulatory and brand compliance for marketing operations across different social media channels, including Facebook, Twitter, LinkedIn Corp (NYSE:LNKD), Instagram, and Tumblr. The company’s results for the quarter showed that it lost $0.41 in earnings per share, well below the Thomson Reuters estimate of a $0.25 loss. 23 hedge funds in our database were invested in the stock at the end of the first quarter, including Invicta Capital Management, Light Street Capital, and Ryan Frick and Oliver Evans‘ Dorsal Capital Management.