It is tough to be a macro hedge fund manager. We were at the Ira Sohn Investment Conference last May. Zach Schreiber, the co-founder and the top guy at PointState Capital predicted a large decline in oil prices. Zach Schreiber and his team previously worked at billionaire Stanley Druckenmiller’s Duquesne. Stan Druckenmiller introduced Schreiber at the conference saying that he gave Schreiber more than half of his assets to manage and he is sleeping very comfortably. He said  Zach Schreiber performed better than him in 2012, 2013, and so far in 2014. 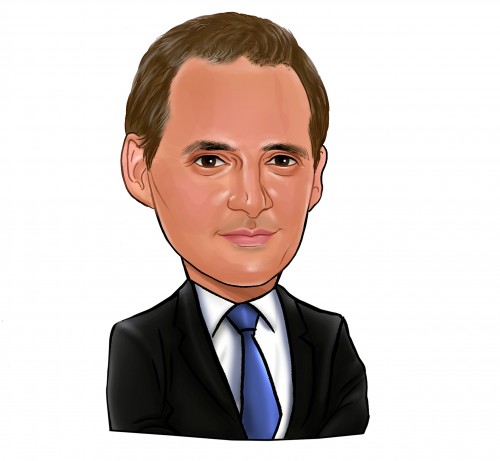 Josh Brown shared the following summary of Schreiber’s presentation on his website:

“US crude is being drilled for by the same cast of characters who oversupplied the natural gas market. Ladies and gentlemen, the song remains the same.” Crude is demand-capped at the Gulf Coast because policy forbids it being shipped for export as a raw commodity.

$33 billion net long WTI crude. “If you’re long, I’m sorry for you.” Then he shows a clown car slide! He sees a boom in inventory in the second half of this year. “What’s your risk reward? With crude at $100 a barrel, you’re picking up 25 cents in front of an oncoming truck.”

Believes that crude is saturating demand and there’s nowhere to put all the oil. “These barrels have nowhere else to go.” Imports present a similar problem – Saudi Arabia and Kuwait continues to sell to us because they must.

Does not believe Washington will act to allow wholesale lifting of the crude export ban this year. Gulf Coast refiners are also tapped out on capacity – they’re running at 98%.

He doesn’t see production will slow meaningfully until we’re below 80-85 bucks a barrel.

Substantially lower crude prices are the only answer to the puzzle.”

Today crude oil hit its lowest level in 23 months. Zach Schreiber’s predictions about crude oil prices were pretty accurate. It isn’t easy to get these prices right, especially when the rest of the market was betting on an increase. Yet, Schreiber thought it would be a good idea to have long positions in Valero Energy Corporation (NYSE:VLO) and Marathon Petroleum Corp (NYSE:MPC). Valero was trading at $58 when he made this call. Today, the stock is at $45, down more than 20%. Marathon Petroleum was at $96 at the time of his presentation. The stock closed below $82 today. Crude oil prices declined 15% during the same period. Even though Schreiber was right about crude oil prices, his long picks performed worse, potentially negating his gains from his short crude bets.