Experts on Fox Business News discussed Plug Power Inc (NASDAQ:PLUG), focusing on how the company stands to gain from the aggressive push for the adoption of alternative energy. The company makes fuel cell systems that have wide retail and industrial application.

According to Mr. Payne, the future of Plug Power is bright because of the potential in the adoption of alternative energy. He remarked, “There is a lot of action in the fuel space again,” adding that, “Industries and governments continue to be big pushers behind alternative energy sources.”

Focusing on the future of fuel cells as an alternative energy, Mr. Payne recalled the announcement from China this week that the government would require at least 30 percent of its new vehicle purchases to be new-energy vehicles by 2017. China uses the term “new-energy vehicles” to refer to fuel cell, hybrids and electric vehicles like those produced by Tesla Motors Inc (NASDAQ:TSLA).

He noted that that was one of the big things for the company in that increase in the number of electric vehicles feeds its revenue.

To strengthen his argument that Plug Power Inc (NASDAQ:PLUG) was well-placed as a stock to jolt an investor’s portfolio, Mr. Payne discussed the positive recommendation that the stock earned from a prominent Wall Street rating firm. FBR Capital Markets gave the stock an Outperform rating and issued $8 price target.

On his part, Mr. McCall noted that Plug Power Inc (NASDAQ:PLUG) was already doing well in the forklift battery market. He thinks the company could generate as much as $200 million by 2017 just from forklift sales. The company already supplies battery-powered forklifts to Wal-Mart Stores Inc (NYSE:WMT). The worldwide market for forklift battery is about $20 billion, according to the experts.

Retail analyst Prabhakar concluded the discussion of Plug Power Inc (NASDAQ:PLUG) by saying that she likes the fundamentals in the stock.

Investors Should be Cautious On Seadrill Ltd (SDRL) 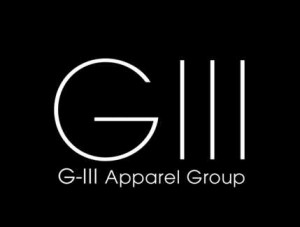 The Stock of G-III Apparel Group Ltd. (GIII) Has Still A Lot Of Fuel Left In...