Ambarella Inc (NASDAQ:AMBA) will release its quarterly report on Thursday, and the company has found some pretty strong success since coming public less than a year ago. Yet even though the stock has more than doubled since then, Ambarella earnings have been providing healthy growth that have backed those gains with fundamental strength. 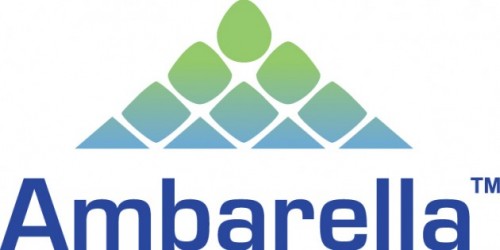 Ambarella Inc (NASDAQ:AMBA) is a technology leader in the high-definition video industry, with chips that combine features including video, image, and audio processing. Moreover, the company’s products have some unique applications, including wearable sports cameras along with cameras for the automotive aftermarket. Let’s take an early look at what’s been happening with Ambarella over the past quarter and what we’re likely to see in its report.

How far can Ambarella earnings climb this quarter?

Analysts haven’t moved much on their views on Ambarella Inc (NASDAQ:AMBA) earnings in recent months, but the moves they have made have been positive, adding $0.02 per share to their projections for the current fiscal year. The stock hasn’t held up as well, though, falling about 8% since late May.

Ambarella Inc (NASDAQ:AMBA) is far from a household name, but you’ll find its offerings within products from better-known companies. For instance, Ambarella’s HD video and image technology has found its way into leading products from companies like Samsung. Similarly, its low-power-consumption, high-performance infrastructure products have found their way into designs from original design manufacturer Plexus Corp. (NASDAQ:PLXS) and other peers to end products from Google Inc (NASDAQ:GOOG)‘s Motorola Mobility, Ericsson, and Harmonic Inc (NASDAQ:HLIT). Given the relative success of those providers, Ambarella has been able to deliver consistent results to shareholders during its brief life as a public company, beating analyst estimates in each of the three quarters for which it has released reports since its IPO.

Investors are far from unanimous in their views of Ambarella’s future, however. With a substantial part of the company’s revenue coming from a single original design manufacturer for use in wearable sports cameras, some point to a potential slowdown in that particular segment as signaling problems ahead for Ambarella. Yet others argue that temporary setbacks for the wearable-camera segment should give way to longer-term growth, and Ambarella is well-placed to benefit the most from that growth going forward.

One big growth avenue for Ambarella could come from the upsurge in surveillance technology. As security cameras and other surveillance devices become increasingly popular, Ambarella’s chips should see higher revenue as a result.