Phillips 66 (PSX), HollyFrontier Corp (HFC): Buy These Three Refiners for a Recovery in the Brent-WTI Spread

West Texas Intermediate (WTI) crude has been on a roll recently, the benchmark is pushing highs of around $106 to $107 per barrel, but this trend could soon be over. Indeed, while the WTI oil benchmark is pushing to new highs, supply is only increasing and stockpiles continue to hover around multi-decade highs (although they have fallen back off highs seen earlier this year).

In addition, oil production from non-OPEC countries will grow at the fastest pace in 20 years during 2014, further adding to the supply glut. Furthermore, it appears that this short-term bounce is not supported by the market as WTI contracts for future delivery are in steep backwardation. For example, the WTI contract for delivery in December 2021 is trading at $79.61.

The spread is closing

Unless you have been living under a rock, you will know that the rapidly rising price of WTI is squeezing the Brent-WTI spread, a key metric for refinery profitability. The spread has contracted to as little as $1.32 in recent days, down from $23.18 in February. This closing spread has piled the pressure on refiners and investors have sold off the stocks, fearing lower profits and a deteriorating outlook.

However, this outlook could be about to change as the spread is currently predicted to change tack and widen again. Indeed, according to CME Globex futures, the spread is already set to widen to $5 by December.

This presents an opportunity

The best way to play this widening spread would be through refiners as profitability will rise as the spread widens again. There is also potential for an increase in bullish sentiment among investors in the sector.

is a large, global refiner and a good company at a great price.

Phillips 66 (NYSE:PSX) is the largest refiner on the market, with operations around the world and a collection of assets that are not just linked to refining. However, despite the company’s size, global exposure and diversification, it is still trading at a discount to the majority of its peers.

In particular, Phillips 66 (NYSE:PSX) trades at a lowly P/E of 8.6 while the 10-largest companies by market capitalization in its sector trade at an average historic P/E of 11.5. Furthermore, the company currently trades at a PEG ratio of 0.8, indicating that it could offer growth at a reasonable price.

Phillips 66 (NYSE:PSX)’s has recently indicated that it is going to pull-out of Europe as refining margins fall on the continent, which should boost the company’s overall profitability going forward.

As a value play, HollyFrontier Corp (NYSE:HFC) looks perfect. The company conforms to all of Benjamin Graham‘s investment criteria and currently trades at nearly half of its indicative Graham value of $71.37.

Still, HollyFrontier Corp (NYSE:HFC) looks like a good play on the recovering Brent-WTI spread, with risk minimized due to its strong financial position. Indeed, the company’s current assets cover current liabilities nearly three times and current assets cover total debt twice. Moreover, the company has paid a dividend for more than 20 years and earnings have grown 616% during the last 10 years; bear in mind for the majority of this period, WTI was trading at a premium to Brent, solidifying the view that HollyFrontier Corp (NYSE:HFC) will continue to be profitable even if the spread collapses further. 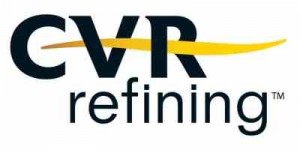 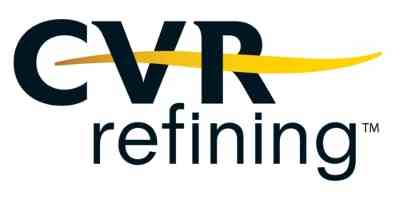