Big pharma loves Obamacare, right? After all, the main lobbying group for big pharma, the Pharmaceutical Researchers and Manufacturers of America, or PhRMA, spent $150 million on an advertising campaign coordinated with the Obama administration to support the legislation. Jeffrey Kindler, CEO of Pfizer Inc. (NYSE:PFE) , emerged as a prominent cheerleader at the time the ACA was passed. One of the chief architects of the bill, Elizabeth Fowler, left the White House in December to work for Johnson & Johnson (NYSE:JNJ) . But will Obamacare really help big pharma — or could it really a disaster waiting to happen? 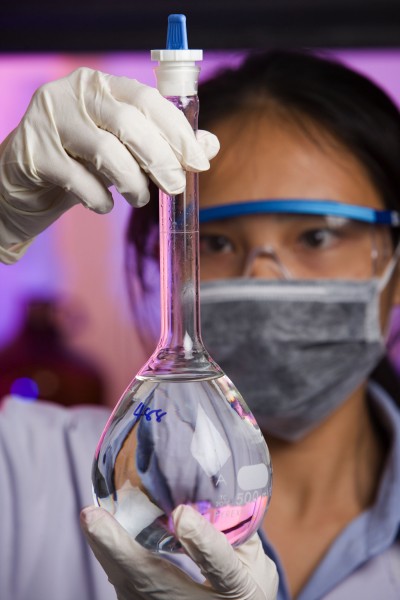 Bad-tasting medicine
In return for those millions spent on promoting Obamacare, big pharma gets the privilege of spending even more money. Lots more money. For starters, the drugmakers must provide higher rebates to Medicaid for prescription drugs. This expanded rebate program will cost the industry around $20 billion over the next 10 years.

Pharmaceutical companies must also pay new excise taxes on branded drugs. Those taxes amounted to $5.3 billion over the past two years. By 2021, the cumulative total for the new taxes will top $30 billion. Since the amount a given company must pay is based on its percentage of total drug sales in the previous year, big pharma will pay the biggest bucks with this tax.

Filling part of the Medicare Part D “doughnut hole” will cost another $30 billion. Pharma companies must discount prices by 50% to senior citizens who reach the level of spending where this coverage gap exists. The grand total price tag for all of these new taxes, fees, and rebates for the industry over the next 10 years comes in at $80 billion. After helping to derail HillaryCare in the 1990s, were the folks at Pfizer Inc. (NYSE:PFE), Johnson & Johnson (NYSE:JNJ), and other big pharmaceutical companies crazy to jump aboard Obamacare?

Pain for gain
There are two views that maintain that Obamacare is actually quite good for big pharma. The first perspective is that health care reform was destined to be passed in some form, and the industry’s efforts helped minimize the potential damage. Even though drugmakers will shell out tens of billions of dollars, it could have been worse.

For example, some wanted to allow U.S. citizens to buy less expensive drugs from other countries. Others pushed for higher rebates for Medicare and Medicaid. Some Obamacare proponents pushed to enable Medicare to negotiate drug prices with pharmaceutical firms, thereby limiting the ability of the companies to set prices as they do now. Big pharma successfully blocked all of these measures that would have significantly added to costs.

The second perspective goes beyond this “glass half-full” viewpoint. Quite a few observers think big pharma will reap rewards from Obamacare that will exceed the added costs. They point to the estimated 32 million or so Americans who will gain insurance — and buy more prescription drugs. The Centers for Medicare and Medicaid Services, or CMS, projects that prescription drug expenditures will double by 2020, adding another $35 billion per year in drug spending compared to what would have taken place without health care reform.

Another important win for the pharmaceutical industry with Obamacare is gaining 12 years of market protection for biotech drugs without generic competition. As big pharma invests more heavily in biologics, this extended exclusivity will translate to considerable added revenue over time.

However, the old Latin saying “caveat emptor” (“let the buyer beware”) just might apply to buying into legislation as it does merchandise. While the hefty new taxes and fees are set in stone, the increased drug spending predicted by CMS isn’t. And any additional spending that does take place won’t necessarily go to brand drugs.

Two organizations created by Obamacare that could play key roles in limiting how much money pharmaceutical companies actually make are the Patient Centered Outcomes Research Institute, or PCORI, and the Independent Payment Advisory Board, or IPAB. PCORI’s task is to compare the effectiveness of medical treatments. It will pass its recommendations along to IPAB, which is charged with controlling the costs of Medicare. Some predict that PCORI’s influence will extend into other arenas as well.

Big pharma has good reason to be nervous about the decisions that these two new entities will make. It doesn’t take much imagination to see how PCORI and IPAB could introduce a form of back door price controls. Another byproduct of Obamacare, Accountable Care Organizations, or ACOs, could also curtail profits for the major pharmaceutical companies by excluding some brand drugs from formularies.