LONDON — Stock index futures at 7 a.m. EDT indicate that the Dow Jones Industrial Average may open down by a nominal five points this morning, while the S&P 500 may open 1.5 points lower. Yesterday’s record close for the S&P 500 seems to have helped the CNN Fear & Greed Index return to “greed” levels; the index closed at 59 yesterday, up from 42 one week ago. 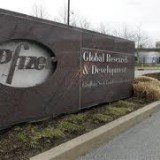 In Europe, banks were this morning’s star performers after Deutsche Bank AG (USA) (NYSE:DB), UBS AG (ADR) (NYSE:UBS), and Lloyds Banking Group PLC (ADR) (NYSE:LYG) all beat expectations with their first-quarter results. Lloyds reported profit of 2 billion pounds during the first quarter, up from 280 million pounds during the same period last year. In London, oil supermajor BP plc (ADR) (NYSE:BP) was also a strong performer, climbing 3.5% by 7:30 a.m. EDT after reporting underlying profit of $4.2 billion for the first quarter. The economic news was less good, as data showed that Spain’s economy shrank by 0.5% in the first quarter of this year, while eurozone unemployment hit a new record of 12.1% in March.

In the U.S., today sees the publication of February’s Case-Shiller home price index at 9 a.m. EDT, followed at 10 a.m. EDT by April’s consumer confidence index. Consensus forecasts suggest that consumer confidence rose to 61.3 in April from 59.7 in March.

In corporate news, Pfizer Inc. (NYSE:PFE) missed expectations this morning and reported first-quarter adjusted earnings of $0.54 per share, a 7% fall from $0.58 per share for the same period last year and below analyst expectations of $0.56 per share. Pfizer Inc. (NYSE:PFE)’s first-quarter sales fell 12% to $13.5 billion compared with $15.4 billion for the same period last year.

Starwood Hotels & Resorts Worldwide beat expectations with earnings of $0.76 per share on revenue of $1.54 billion, ahead of respective estimates of $0.53 and $1.47 billion. NYSE Euronext also had a successful first quarter, reporting adjusted earnings of $0.57 per share, up by 21% from the same period last year and ahead of expectations. Aetna raised its forecasts for 2013 after reporting a 7% rise in first-quarter revenue, while adjusted EPS rose to $1.50 from $1.34, ahead of analyst estimates of $1.39 per share.

Other stocks that could be actively traded when markets open include Herbalife, which increased its 2013 earnings guidance after beating expectations with its first-quarter results, which were released after markets closed last night. Herbalife expects that earnings will rise to $4.80 per share this year, up from its previous forecast of $4.65 per share.

The article Dow May Open Flat as Pfizer Disappoints originally appeared on Fool.com.

Roland Head owns shares in BP but does not own shares in any of the other companies mentioned in this article.