Is True Religion Apparel, Inc. (NASDAQ:TRLG) a cheap investment today? The best stock pickers are in a bullish mood. The number of long hedge fund positions moved up by 3 lately. 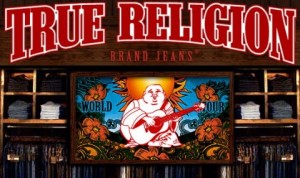 According to most investors, hedge funds are seen as unimportant, outdated financial tools of yesteryear. While there are over 8000 funds in operation at the moment, we at Insider Monkey choose to focus on the masters of this club, about 450 funds. It is widely believed that this group has its hands on the majority of the hedge fund industry’s total capital, and by paying attention to their highest performing picks, we have brought to light a number of investment strategies that have historically outpaced the market. Our small-cap hedge fund strategy outpaced the S&P 500 index by 18 percentage points annually for a decade in our back tests, and since we’ve began to sharing our picks with our subscribers at the end of August 2012, we have outperformed the S&P 500 index by 24 percentage points in 7 months (check out a sample of our picks).

Equally as important, bullish insider trading activity is another way to parse down the investments you’re interested in. There are a variety of motivations for an insider to sell shares of his or her company, but just one, very clear reason why they would initiate a purchase. Various empirical studies have demonstrated the impressive potential of this tactic if shareholders know what to do (learn more here).

With these “truths” under our belt, let’s take a glance at the key action regarding True Religion Apparel, Inc. (NASDAQ:TRLG).

What have hedge funds been doing with True Religion Apparel, Inc. (NASDAQ:TRLG)?

In preparation for this year, a total of 13 of the hedge funds we track were long in this stock, a change of 30% from the third quarter. With hedgies’ capital changing hands, there exists a select group of notable hedge fund managers who were increasing their stakes substantially.

According to our comprehensive database, Chuck Royce’s Royce & Associates had the biggest position in True Religion Apparel, Inc. (NASDAQ:TRLG), worth close to $17.2 million, accounting for 0.1% of its total 13F portfolio. The second largest stake is held by Carl Tiedemann and Michael Tiedemann of TIG Advisors, with a $6.5 million position; the fund has 1.2% of its 13F portfolio invested in the stock. Remaining peers that are bullish include Richard C. Patton’s Courage Capital, and Ken Griffin’s Citadel Investment Group.