Online gaming in China is booming. The industry, whose worth was estimated at around RMB 57 billion in 2012, is expected to grow to RMB 100 billion in the next five years, according to a report by market research firm IDC. So, the opportunity is undoubtedly substantial, but investors need to pick the right companies if they are to benefit from the booming Chinese online gaming industry. 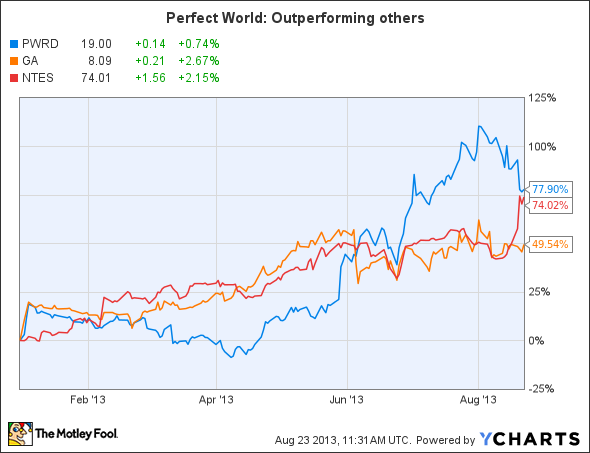 But, aside from this appreciation, some things at Perfect World Co., Ltd. (ADR) (NASDAQ:PWRD) look imperfect. The company’s shares may have outperformed peers this year, but a look at the financials may leave one wondering what’s the reason behind this performance. 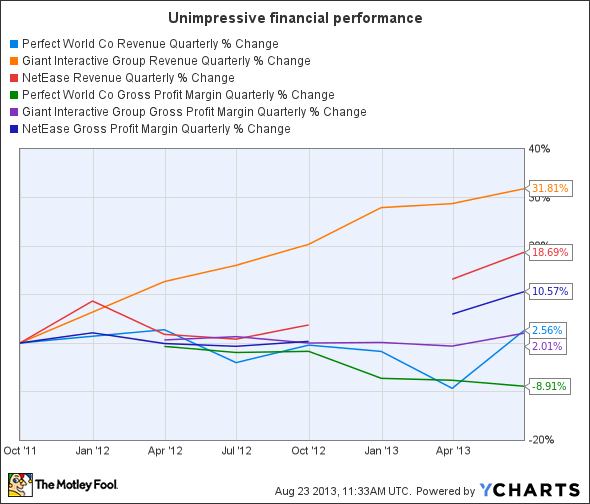 Perfect World Co., Ltd. (ADR) (NASDAQ:PWRD) fell behind the curve in the online gaming arena and now the company is trying to get its footing back. As such, it is spending aggressively on marketing its new games. Its new games helped it record revenue growth in the previous quarter as compared to consistent declines earlier. However, operating expenses increased 19% in the quarter on the back of increased marketing and it looks like the trend is going to continue going forward.

Trying to get better
Perfect World launched a few games and expansion packs in the previous quarter, and the pipeline looks strong as well. Games such as Dota 2, Holy King, and Legend of the Condor Heroes are in development in addition to web and mobile games, according to management.

The company successfully launched Sensei Online, Neverwinter, and Swordsman Online in the previous quarter and it is working on a localized version of Neverwinter for the Chinese market. Swordsman Online has received positive reviews, according to management, and Perfect World expects the game to be a strong revenue driver in the future.