Nelson Peltz, the Brooklyn, N.Y.-born activist investor, has been increasing his bets on two big consumer goods companies (CGCs):  PepsiCo, Inc. (NYSE:PEP) and Mondelez International Inc (NASDAQ:MDLZ). Many analysts believe that the investor would be looking into a possible merger between the two companies. Let’s take a look at what might happen going forward between these two consumer goods giants. 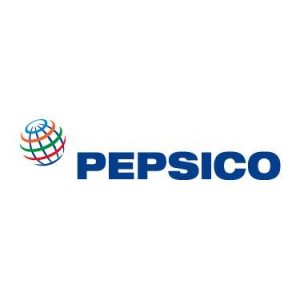 Mondelez International Inc (NASDAQ:MDLZ) would be a perfect match for the snacks business owned by PepsiCo, Inc. (NYSE:PEP). If PepsiCo would split its beverage and snacks businesses, Mondelez and PepsiCo’s snacks business could generate countless synergies globally while gaining market share across all segments.

Nobody would be surprised if this was the final aim behind Mr. Peltz’s actions. The investor has a long career as an activist that takes long positions in order to push for mergers, acquisitions or splits in the companies he owns.

As a matter of fact, Trian Partners, the investment firm he co-founded, tripled its stake in PepsiCo, Inc. (NYSE:PEP) during the first three months of the year, and now the firm has a $1 billion investment in the company. Besides, Trian also doubled its holdings in Mondelez International Inc (NASDAQ:MDLZ) to 40.3 million shares, or $1.3 billion.

Even if a $1 billion position at PepsiCo, Inc. (NYSE:PEP) does not seem relevant in a company that has a market capitalization of almost $130 billion, Peltz could convince fellow investors to follow his objective. The same logic applies to Mondelez International Inc (NASDAQ:MDLZ), even though Peltz has considerable more power in this case (Mondelez has a market capitalization of $56 billion, making Peltz its sixth-largest investor).

If splitting PepsiCo would be within Peltz’s plans, PepsiCo’s beverage business would be much more affordable for a number of groups. Beverage companies such as Anheuser-Busch InBev NV (ADR) (NYSE:BUD) might be interested in a transaction that would make it owners of countless brands (from Pepsi Cola to Gatorade) and huge distribution networks. I mentioned Anheuser-Busch InBev NV (ADR) (NYSE:BUD) because the worldwide beer champion already owns PepsiCo’s beverage businesses in most of Latin America (above all from Brazil to Argentina).

Is a transaction coming?

Last month, PepsiCo mentioned that it has held meetings with Peltz and his fund in order “to discuss and consider their ideas and initiatives as part of our ongoing evaluation of all opportunities to drive long-term growth and shareholder value.” Even if a transaction might not be around the corner, at some point, we are going to see some action surrounding consumer goods names.