PepsiCo, Inc. (PEP): Horizon Kinetics Says Its Business is Planned to Be in Stasis

In a recently published Horizon Kinetics’ Q1 2019 Market Commentary, the fund shared detailed comments on several stocks in its portfolio. Among them was  PepsiCo, Inc. (NASDAQ:PEP) for which it said the following:

PepsiCo Inc., with a $169.5 billion market capitalization, is a global wide moat company that deals in soft drinks and snacks. It is, of course, true, as for Coca-Cola, that the displacement of such an enterprise by a new competitor would be extraordinarily difficult. However, the company can’t be protected from the tastes and desires of customers. The consumption desire or capacity of the people of this planet for soft drinks and snacks is not infinite. Moreover, the ability of the company to extract operating profit from this base of sales also has its limits. This is easily visualized in the accompanying table, which provides essentially the same multi-year revenue and profit progression as Kellogg — none.

The investment analyst community does not accept that the recent past is prologue. The consensus earnings forecast is that the company can grow profit on an annual basis by about 8% to 9%. No degree of empirical evidence seems able to contradict this view. As a consequence, the shares trade at about 22x estimated 2019 profits.

If one accepts the premise that the profits might at least remain at this level, one could perhaps justify the current valuation in terms of the extremely low level of interest rates. Yet, even if the analysts are correct in their forecast, the situation is still not as stable as the estimates might suggest.

PepsiCo earned $7.45 billion this year, excluding tax income for non-repeatable reasons. From this sum, the company intends to pay about $5 billion in dividends and to purchase about $2 billion of stock. This leaves about $450 million of residual income. From this sum, capital expenditures should be about $3.3 billion, though partially offset by non-cash depreciation expense of $2.4 billion. This leaves, overall, about a $450 million deficiency. The deficiency can be addressed by reducing capital spending. Or, the company could borrow it, as the funding shortfall is fairly minor in the context of the PepsiCo balance sheet.

Whichever decision PepsiCo makes, though, it is self-evident from a capital allocation standpoint that the business is planned to be in stasis: there are no plans, in the capital expending sense, to expand the business. These, then, are the possibilities:

PepsiCo is simply another example of an assumption of risk with little realistic possibility of long-term reward. It is a one-way stock that happens to pay a modest dividend.” 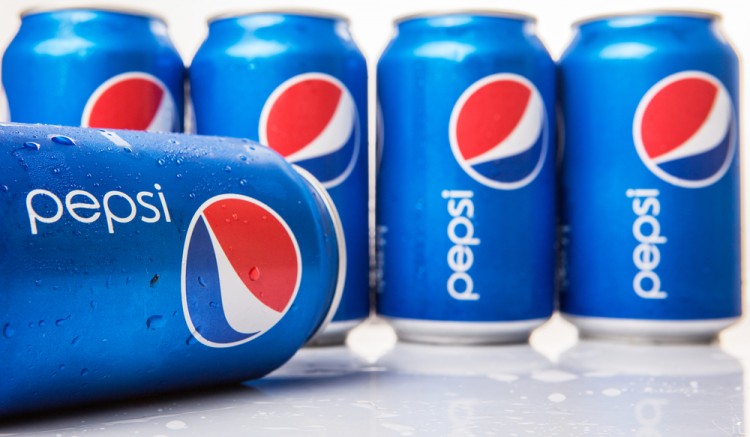 PepsiCo is a Harrison, New York-based food, snack, and everage corporation, widely known for its flagship product – Pepsi, a non-alcoholic beverage. Year-to-date, its stock gained 15.35%, and on May 9th it had a closing price of $126.05. The company has a market cap of $176.7 billion, and it is trading at a price-to-earnings ratio of 14.23.

At Q4’s end, a total of 53 of the hedge funds tracked by Insider Monkey were bullish on this stock, a change of 10% from the second quarter of 2018. Below, you can check out the change in hedge fund sentiment towards PEP over the last 14 quarters. With hedgies’ sentiment swirling, there exists a few notable hedge fund managers who were increasing their holdings considerably (or already accumulated large positions).

Among these funds, Yacktman Asset Management held the most valuable stake in PepsiCo, Inc. (NYSE:PEP), which was worth $849.7 million at the end of the third quarter. On the second spot was Renaissance Technologies which amassed $804.3 million worth of shares. Moreover, Fisher Asset Management, Two Sigma Advisors, and AQR Capital Management were also bullish on PepsiCo, Inc. (NYSE:PEP), allocating a large percentage of their portfolios to this stock. 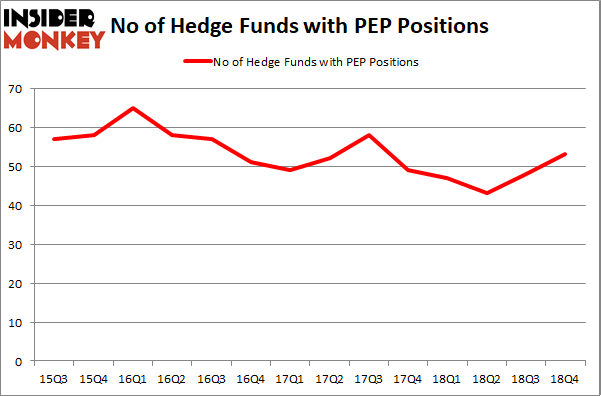