As per Greenhaven Road Capital’s recently released Q1 2019 Investor Letter, the fund had a quarterly net return of 16%. If you are interested you can track down a copy of the letter here. Aside from disclosing its performance figures, the fund also analyzed a few companies in its portfolio, including a new position –  PAR Technology Corporation (NYSE:PAR).

I am very attuned to the power of a good storyteller.At night I read the Harry Potter series to my six-year-old daughter. We are currently on book six.J.K. Rowling has turned a story about an orphan boy into an all-encompassing world. It is not simply the twisting plot that has kept our attention; it is how she tells the story. There are not fights, there are epic battles. Characters are not simply good or bad, they are epically good or bad. There is a wizarding world with its own language, customs, and social structure. In my opinion, anybody who can keep a six-year-old’s attention for 2,500 pages and counting (without pictures!) deserves to be a billionaire.

In the stock market, it is often “the story” that can drive changes in share price. Sometimes there are companies (such as Enron or Theranos) that are all story and no product. These, of course,are dangerous investment set-ups.From an investment perspective, it can befar more attractive when companies are just starting to effectively tell their story.It is far easier and less capital intensive for a company withstrong products that resonate with customers to improve communications and positioning than it is to have strong communications but weak products. Often, with improved storytelling comes multiple expansion.For example, the PE ratio may go from 8 to 12, and even though the fundamentals of the company have not changed, the share price has increased 50%. Outsized returns come from revenue growth, margin expansion, and multiple expansion. A path to multiple expansion helps. 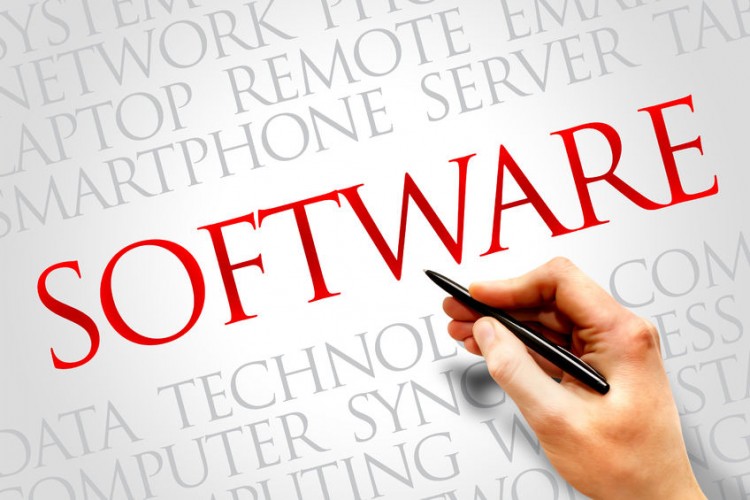 PAR Technology Corporation offers a variety of management technology solutions through its subsidiaries, operating through two sectors – Government and Restaurant/Retail. Year-to-date, the company’s stock gained 15.80%, having a closing price of $25.79 on May 6th. Its market cap is of $413.54 million.

At the end of the fourth quarter, a total of 4 of the hedge funds tracked by Insider Monkey were bullish on this stock, a change of -20% from the previous quarter. Below, you can check out the change in hedge fund sentiment towards PAR over the last 14 quarters. With hedge funds’ capital changing hands, there exists a select group of key hedge fund managers who were boosting their holdings substantially (or already accumulated large positions).

The biggest position in PAR at the end of 2018, held Wilmot B. Harkey and Daniel Mack’s Nantahala Capital Management. Its stake counted 556,799 shares, with a value of $12.11 million. Other hedge funds from our database with valuable positions in this company were Manoneet Singh’s Kavi Asset Management, Chuck Royce’s Royce & Associates, and Cliff Asness’ AQR Capital Management. 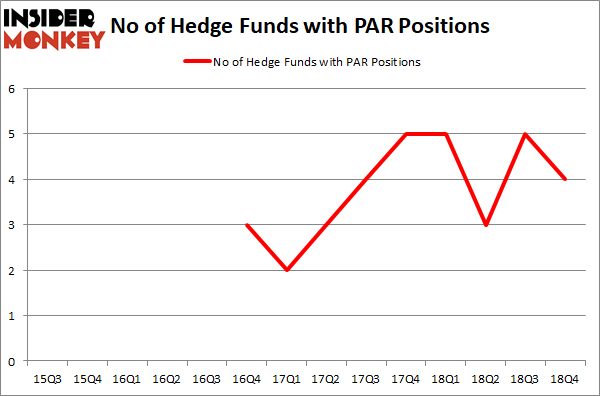