One of the companies attempting to develop a better treatment for chronic diabetic foot ulcers is Osiris Therapeutics, Inc. (NASDAQ:OSIR). Earlier this month, Osiris Therapeutics, Inc. (NASDAQ:OSIR) shares more than doubled as the company announced positive data for its CDFU drug Grafix. The study results were very impressive to say the least; the study was stopped early due to the overwhelming efficacy exhibited by the treatment. A main highlight is the fact that 62% of Grafix patients had their wound closed at 12 weeks, compared to only 21% of patients using conventional methods. Clearly, the efficacy in this endpoint was overwhelming. Grafix also achieved all of the secondary endpoints for the trial, and more importantly demonstrated a relatively benign safety record.

Grafix has raised the bar on chronic diabetic foot ulcer treatment. Another company developing treatments for CDFU is Derma Sciences Inc (NASDAQ:DSCI). Derma is developing a treatment called DSC 127, which is currently in phase 3 trials with results expected in 2015. 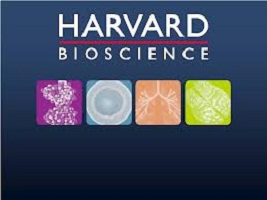