Orient-Express Hotels Ltd. (OEH): A Turnaround Play That You Should Take a Look At 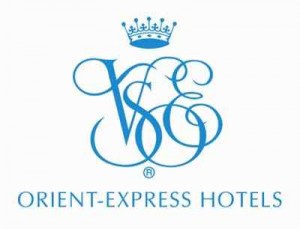 Orient-Express Hotels Ltd. (NYSE:OEH) is a leading luxury hotel operator, owning 33 deluxe hotels, one stand-alone restaurant, six tourist trains, and three rivers cruise operations. The majority of its revenue, $470 million, or 86% of its total 2012 revenue, was generated from the hotels and restaurants segment while tourist trains and cruises contributed only $74.7 million in revenue. In the hotels and restaurants segment, Orient-Express Hotels Ltd. (NYSE:OEH) derived most of its revenue, $202 million, from its owned hotels.

Since 2008, Orient-Express Hotels Ltd. (NYSE:OEH) has been generating losses, ranging from $7 million to $69 million. In 2012, the loss came in at $7 million. The losses were due to the fluctuating revenue, increasing SG&A and interest expense. However, Orient-Express Hotels Ltd. (NYSE:OEH) has produced positive operating cash flow in four out of the past five years. In 2012, operating cash flow was $46 million while free cash flow was negative at $52 million. Orient-Express has a decent balance sheet. As of March 2013, it had $877.5 million in equity, $87.6 million in cash, and around $520 million in long-term debt.

Recently, John Scott III has been appointed to be the President and CEO of Orient-Express. Scott has around 25 years of experience in operating luxury hotels, including his past experience being the President and CEO of Rosewood Hotels & Resorts. According to Orient-Express’ chairman, Robert Lovejoy, Scott had doubled the number of hotels under management and notably increased the company’s EBITDA. After that Rosewood Hotels & Resorts was sold to Hong Kong-based New World Hospitality for nearly $230 million.

In the recent presentation, the company stated that it will save around $3 million-$5 million in overheads in the next 12-24 months, Moreover, it would sell two or three of its non-core assets to bring in around $50-$70 million of proceeds in the next two years. In the coming three years, the annual project capital expenditure would stay around $20-$30 million (in addition to normal furniture, fixtures, and equipment capex spending), which would be mainly financed with the company’s operating cash flow. In the next few years, the company might generate as much as $140 million.