Oracle Corporation (ORCL), International Business Machines Corp. (IBM): Why I Bought More of This IT Company

It’s rare that I recommend watching a movie in order to try to understand investing, but in this case I strongly suggest finding the time to look at the late great Akira Kurosawa’s masterpiece ‘Rashomon.’ The film is about the relativity of truth and depicts how three different people recall (in contrasting fashion) what is broadly the same event. Tech investors will have an inkling of what I ‘m talking about already because International Business Machines Corp. (NYSE:IBM) became the latest company to disappoint with earnings. The problem is that the reasons for these misses are becoming ever more varied. 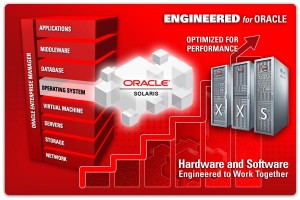 IBM’s great rival Oracle Corporation (NASDAQ:ORCL) also gave weak results recently and insisted they were largely due to sales execution. Fast forward a few weeks and Fortinet Inc (NASDAQ:FTNT) (IT security) and F5 Networks, Inc. (NASDAQ:FFIV) (application delivery controllers) both argued that their telco verticals were weak in the quarter. Red Hat, Inc. (NYSE:RHT) missed estimates and Verizon Communications Inc. (NYSE:VZ) discussed an ongoing cautious spending environment amongst enterprise customers. Tibco Software Inc. (NASDAQ:TIBX) missed and guided lower and gave its–now all too familiar– refrain that its sales execution wasn’t up to scratch but that it would all be sorted out soon enough. Although frankly I think it would be just as interesting to now hear what the sales guys said about the management.

Just as with Rashomon, all we do know now is that we have dead body on the scene even if the exact story isn’t entirely clear.The good news is that we can get a bit more detail from the crime scene.

Let’s put it this way: if it truly is a question of a bit of excess caution being caused by political uncertainty over the sequester (Oracle’s quarter end fell on the deadline) then as companies report through the ongoing earnings season we might expect to get a bit more color on any pick-up in demand. Indeed, I think International Business Machines Corp. (NYSE:IBM) may well have just done that. Oracle Corporation (NASDAQ:ORCL)’s numbers ran to the end of February while IBM’s ran to the end of March. A lot can happen in a month.

In essence Oracle said that it expected to bounce back in its Q4 and that the pipeline was up significantly. Its miss was largely a result of sales execution and timing issues rather than competitive losses or businesses walking away from future deals or even trying to reduce the size of them. Tibco Software Inc. (NASDAQ:TIBX) said a similar thing.

Fast forward to International Business Machines Corp. (NYSE:IBM), and in the latest report we hear about issues relating to sales execution, the timing of Easter, the sequester, $400 million of software and mainframe revenues rolling in to the next quarter, the weather and even the change in the Chinese Government.

The conclusions of which led to some disappointing revenue growth numbers for IBM in the quarter.

Why Berkshire Hathaway Inc. (BRK.B) Is Built to Last