Alexander Roepers‘ Atlantic Investment Management has reported raising its activist stake in Oil States International, Inc. (NYSE:OIS). According to a newly amended filing with the Securities and Exchange Commission, Atlantic Investment Management currently owns around 3.85 million shares of the company, up from some 2.73 million shares disclosed in an earlier filing. Following the increase, the position held by Atlantic represents 7.2% of Oil States’ common stock, up from 5.1% held earlier. 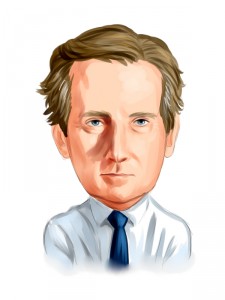 Atlantic Investment Management is a fund with an equity portfolio worth around $1.5 billion. The fund usually buys significant positions in companies, focusing on mid-cap stocks and generally does not use leverage or leverage trading products. Mr. Roepers, the founder of Atlantic, prior to launching himself in the investment world, had six years of experience in the industrial segment, working a Dover Corporation and Thyssen-Bornemisza Group. One of Atlantic’s main funds, AJR International managed to return around 22.2% per year between 1993 and 2010, while another fund Cambrian (invests in several medium and low-tech industrial companies) had a return of around 33.2% per year.

In the previous round of 13F filings, the largest stake in Atlantic’s equity portfolio was represented by Owens-Illinois Inc (NYSE:OI). During the last quarter, the investor further raised its activist stake to 12.09 million shares, equal to 7.2% of the company from 11.11 million shares. Mr. Roepers also pitched the company during the last year’s Sohn Canada investor conference, setting a price target of $45 per share. In addition last month, the fund disclosed a letter sent to the board of Owens-Illinois, in which they expressed their disappointment with the performance of the CEO, and urged the board to address it in order to create more shareholder value.

The new filing of Atlantic showed the second increase in their position in Oil States International, Inc. (NYSE:OIS) over the last several months. In December, the fund reported raising its stake to 2.73 million shares, from 2.37 million shares held initially. Overall, Atlantic has been holding shares of Oil States International since the second quarter of 2012, its initial stake containing 300,000 shares. The stock of the company appreciated by some 29% since the end of June, 2012. Overall, during 2014, the stock fell by over 15%, on the back of falling earnings and revenues caused by a decline in oil prices. For the third quarter of 2014, Oil States International, Inc. (NYSE:OIS) posted earnings of $1.05 per share, down from $3.04 in the same quarter of the previous year, while its revenue appreciated to $471.03 million, from $438.18 million.