In the first quarter of 2013, David Einhorn, the famous hedge fund manager, initiated long positions in six new stocks, bringing total assets under management to more than $6.5 billion. He is getting bullish about two oil/gas companies, including Oil States International, Inc. (NYSE:OIS), Hess Corp. (NYSE:HES), Should we follow Einhorn into these two companies? Let’s find out. 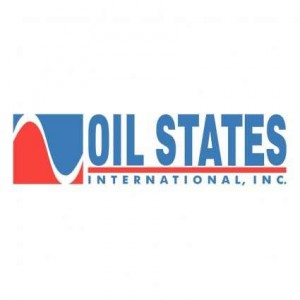 Oil States International, Inc. (NYSE:OIS) was Einhorn’s biggest new buy in the first quarter of 2013. He accumulated 2.7 million shares of the company, accounting for 3.4% of his total portfolio as of March 2013. Interestingly, Oil States was his pick for idea presentation in the recent Ira Sohn Conference. He mentioned that the company was quite cheap due to the sum-of-the-parts analysis.

Among four segments, including Offshore Products, Well Site Services, Tubular Services, and Accommodations, the Accommodations business has been the largest income contributor, with $364.6 million in the total operating income. Well Sites Services was the second biggest income generator, with nearly $157 million in profits in 2012.

Einhorn argued that the Accommodation segment, with high return and growth, should be worth much higher than the overall current valuation, as the current valuation was associated with lower multiple businesses. He placed an EV multiple of 8.6 on Oil States International, Inc. (NYSE:OIS)’ 2013 EBITDA, valuing the company at around $120 per share. Like JANA Partners, a 9.1% owner of the company, Einhorn favored the idea of REIT conversion for Oil States International, Inc. (NYSE:OIS)’ Accommodations segment. He thought that the conversion would push the value of the company up to $155 per share.

I estimated its Accommodations had more than 64 million square feet of the property, around 26.4% of the real estate size of Simon Property Group, Inc (NYSE:SPG), the largest mall operator in the world. Interestingly, Barry Rosenstein also has the same agenda, accumulating 9.1% stake in the company to potentially unlock its hidden value. He also targeted the conversion of the Accommodations segment into REITs. If the REIT conversion happens, a lot of value would be unlocked for Oil States International, Inc. (NYSE:OIS)’ shareholders.

Hess — great assets and being undervalued

Einhorn seems to like Paul Singer’s activism idea on Hess Corp. (NYSE:HES) as well. In the first quarter, he purchased nearly 1.25 million shares in Hess, accounting for 1.4% of his total portfolio. Elliott Management, Paul Singer’s firm, believes that Hess Corp. (NYSE:HES) could be potentially worth $126 per share, more than 80% higher than the current trading price of $69 per share. He recommended that Hess should spin-off several non-core assets, divest the downstream assets, monetize the midstream assets, and streamline its international portfolio.

Elliott Management has been fighting for board seats in Hess Corp. (NYSE:HES) vigorously. Recently, according to Bloomberg, Hess and Elliott Management reached an agreement to add three of Elliott’s five board nominees. John Hess would be no longer hold the dual role as the non-executive chairman position has belonged to Mark Williams, a former executive committee member of Royal Dutch Shell plc (ADR) (NYSE:RDS.A).

What makes me interested in Hess Corp. (NYSE:HES) is its great oil/gas assets. In the Bakken area in North Dakota, the company owns around 900,000 net acres, a bit smaller than the Bakken area of Continental Resources, Inc. (NYSE:CLR) with more than 1.1 million net acres. However, the petroleum engineering and geological service organization Von Gonten commented that Hess’ Bakken acreage had a similar value to Continental’s Bakken acreages. Thus, per acre, Hess’s Bakken value should be higher than Continental Resources, Inc. (NYSE:CLR).