Leon Cooperman, the founder and chairman of Omega Advisors, is a very successful value investor. With nearly $6.5 billion in total assets under management, he owns around 81 stocks in his portfolio. In the first quarter of 2013 he initiated long positions in Occidental Petroleum Corporation (NYSE:OXY), LyondellBasell Industries NV (NYSE:LYB) and Covidien plc (NYSE:COV).

While Occidental Petroleum Corporation (NYSE:OXY) and LyondellBasell Industries NV (NYSE:LYB) each accounted for 1.2% of his portfolio, Covidien plc (NYSE:COV) represented around 0.93% of his total portfolio at the end of March 2013.

Occidental – the current shakeup in its Board 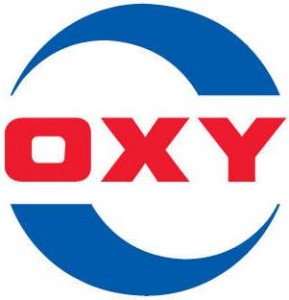 Occidental Petroleum Corporation (NYSE:OXY) is considered one of the biggest oil & gas corporations in the world, operating in three main business segments: Oil & Gas, Chemical and Midstream and Marketing. Most of its revenue, $18.9 billion, or 78.2% of the total revenue, was generated from the Oil & Gas segment. The Chemical segment ranked second with $4.58 billion in revenue, while the Midstream and Marketing segments contributed only $1.4 billion in sales. In 2012, Occidental Petroleum Corporation (NYSE:OXY) was estimated to have nearly 3.3 billion BOE in its proved reserves.

Recently, Occidental Petroleum Corporation (NYSE:OXY)’s executive chairman Ray Irani has been voted out, with 76% of the total votes, from re-election in the company. Investors have criticized him for his outsized pay and the recent attempt to replace CEO Stephen Chazen. Fund manager Steven Romick commented that Occidental’s directors are the most highly paid in corporate America. Nine 2012 directors had around as much as $640,000 in annual compensation. As most of its compensation was in the form of stocks, they did not buy Occidental’s shares from the open market. According to Steven Romick, only two directors purchased the company’s stocks since 1995, with only 6,000 shares in total. Ray Irani still held nearly 8.15 million shares in the company, valued at nearly $740 million, or around a 1% stake in the company. Occidental is trading around $91 per share, with a total market cap of $73.2 billion. The market values Occidental at only 6 times EV/EBITDA.

LyondellBasell, based in the Netherlands, is one of the leading independent chemical companies in the world, operating in five main business segments: Olefins and Polyolefins – Americas (O&P – Americas), Olefins and Polyolefins – Europe, Asia, International (O&P-EAI), Intermediates and Derivatives (I&D), Refining and Technology. The majority of its revenue, $14.2 billion, or 27.3% of the total revenue, was generated from the O&P – EAI segment. The Refining segment ranked second with $12.5 billion in revenue while the I&D segment generated around $9.28 billion in sales to customers. Interestingly, the two biggest income contributors were the O&P – Americas and I&D segment, with $2.65 billion and $1.43 billion, respectively, in operating income.

Covidien plc (NYSE:COV), the spinoff from Tyco International Ltd. (NYSE:TYC), is a leading manufacturer of healthcare products to hospitals and surgi-centers in more than 140 countries, operating in three main segments: Medical Devices, Pharmaceuticals and Medical Supplies. The Medical Devices segment generated most of its revenue, $8.11 billion, or 68.4% of the total revenue. It was also enjoyed the highest contribution margin among those three segments at 30.8%.