Utilities have long been called boring stocks and the kind that Grandma likes to invest in. Peter Lynch called them low growth in his book “One Up on Wall Street.”  He usually didn’t touch them.

Over the past 20 years, the Dow Jones Utility Index has advanced at a compounded annual rate of 3.6%. Since 2008, the index has actually dropped 4.5% with most of the loss occurring within the past few weeks. Factoring in inflation, the real gain over the past two decades has been less than 1% per year. 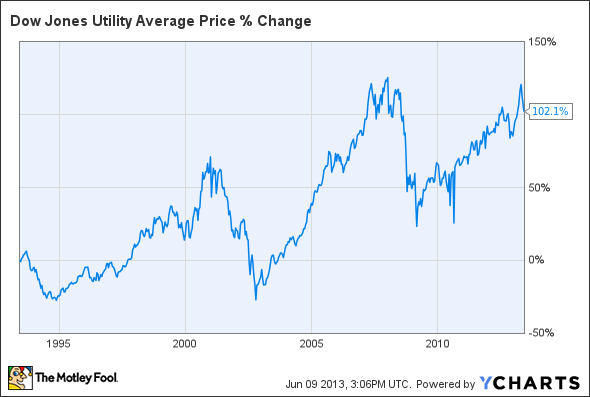 A bright spot for the industry has been a nice stream of dividend payments, typically in the range of 3% to 4% per year, higher than most industries.

Due to the fact that interest rates will probably rise when the Fed stops its bond-buying program, and we have even seen an uptick in rates over the last few weeks in anticipation of that happening down the road, will investors move away from utilities (and other defensive stocks) and look for yield elsewhere? That is a possibility. Since May 1, the utility index has dropped by 8.5%, wiping out the gains since the financial crisis ended. 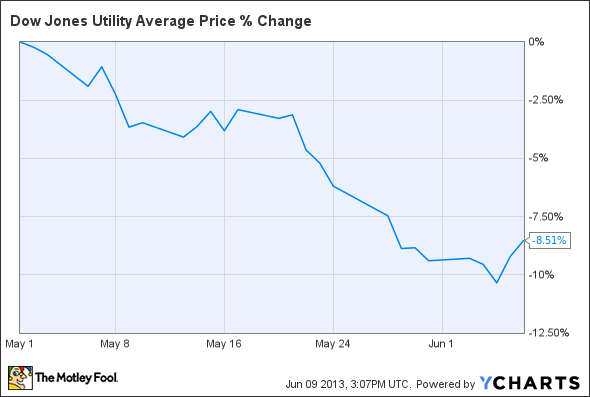 Utility to join insurance and railroads?

Now that a unit of Berkshire Hathaway Inc. (NYSE:BRK.B) thinks that utilities are the way to go, should the average investor consider the industry in spite of the risks and the low-growth performance of the past?

MidAmerica’s goal is to add NV Energy, Inc. (NYSE:NVE)’s renewable technologies to its $66 billion business and to position itself to take advantage of growth in the state of Nevada.