North Tide Capital Asks the Board of Healthways, Inc. (HWAY) for CEO Removal

Published on December 2, 2013 at 1:58 pm by Alexandr Oleinic in Hedge Funds,News

North Tide Capital, managed by Conan Laughlin, disclosed in a letter sent to the board of  Healthways, Inc. (NASDAQ:HWAY) about its concerns regarding the management of the company. Mr. Laughlin stated that the board should remove the company’s CEO, Ben Leedle, since he and his team is not able to deliver value for the company’s shareholders. 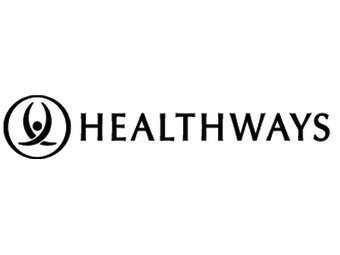 “The recent reduction in earnings guidance and subsequent 40% stock price decline should be the last straw after a decade of value destruction under Mr. Leedle’s leadership,” the manager of North Tide said.

North Tide claims that since the appointment of Mr. Leedle to the CEO position, in 2003, Healthways, Inc. (NASDAQ:HWAY)’s stock has been declining, and the market cap of the company dropped to $500 million, from $2.7 million at the beginning of 2008.

“EBITDA will be lower in 2013 than it was in his first full year as CEO2, despite more than $600 million in acquisitions and an increase in the Company’s debt balance from $0 to $260 million. Revenue has yet to recover from the 2008 peak, and based on the recently lowered guidance, Mr. Leedle and his senior management team will miss internally established EPS targets, published in annual proxy statements on file with the SEC, for the third year in a row, the fourth year in the last six, and the sixth year in the last ten.”

Also, the fund proposed several other measures that can be done in order to increase the value of Healthways, Inc. (NASDAQ:HWAY), aside from removing the CEO. North Tide proposes that the company should unlock the value of the Silver Sneakers business, and focus on the domestic markets, which provide more opportunities since Healthways is the largest independent population health and wellness company. The fund also suggests that the company should halt its plans to offer its core disease management programs on an international level, which have been launched in 2005.

The full text of the letter can be accessed below:

North Tide Capital holds a significant position in Healthways, Inc. (NASDAQ:HWAY), its stake amassing 3.4 million shares equal to 9.9% of the company. The fund increased its stake by some 600,000 shares at the end of October.