Nokia Corporation (ADR) (NYSE:NOK) has taken a beating Thursday morning after reporting an overall quarterly earnings report that is being seen as disappointing – in some circles, miserably so – and was sending shares nearly 10 percent lower in pre-market trading. What made this disappointing was all of the optimism surrounding Nokia and its flagship Lumia handset running the Windows Phone 8 operating system by Microsoft Corporation (NASDAQ:MSFT). Things were looking positive for the Finnish handset maker based on how Lumia sales were looking.

And while that was true, the Lumia line was limited compared to the rest of the handset stable for Nokia Corporation (ADR) (NYSE:NOK), and that meant that sales had to be robust to cover for the other areas where Nokia was due to lose ground. And lose ground it did in the overall picture, and the markets seem like they will react negatively in trading Thursday. However, there is certainly some positivity to be gained out of this report so that, maybe the apocalypse isnt’ quite coming yet for Nokia; but only an even better quarter this time around  might be needed to keep Nokia in the worldwide smartphone conversation. 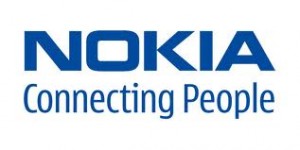 We are choosing to see this is a sign that the Nokia resurgence is taking hold, and maybe one more quarter will be the indicator of a turnaround being fully implemented. Why are we still somewhat bullish, even if the numbers didn’t add up very well in general? Let’s break this down into some details – you know, here the devil always is:

* Overall earnings. It is usually a positive sign when  a company beats earnings estimates, which Nokia Corporation (ADR) (NYSE:NOK) did. OK, so the bar wasn’t set very high (an estimate of minus-4 cents per share), but Nokia did beat estimates with an EPS of minus-2 cents. Though overall sales dropped precipitously (from nearly 83 million in the first quarter of 2012 to 62 million this year), the company still reduced its net loss by more than 30 percent from a year earlier. So, Nokia has that going for it, which is nice.

But what about the Lumias? Weren’t they the panacea?

* Smartphone sales. While the overall number of smartphones sold by Nokia dropped year-over-year (from nearly 12 million  in the first quarter of 2012 to just more than 6 million this time), the percentage of high-end, premium-margin Lumia handsets jumped both Y-o-Y and Q-o-Q, from 2 million Lumias in Q1 2012 to 5.6 million this time. And with Lumia sales expanding by more than 25 percent from the previous quarter (4.4 million to 5.6 million), that helped narrow the earnings gap to just beat estimates. But another similar jump this quarter just might be the recipe for getting that minus off the front of the EPS number.

* The lower-budget Lumias. The Lumia 520, 620 and 720 handsets – the smartphones that are a tier below the high-end 820 and 920, designed for those with smaller budgets but a desire for smartphone features, like in emerging markets of China, India and Brazil – were revealed during Mobile World Congress in Barcelona just in February, and really didn’t start to hit store shelves until the end of the quarter. So this current quarter will be the first time we’ll get a snapshot look at how the whole Lumia line is doing. If these additional Lumias can push the percentage of Lumia sales past the 10-percent mark of overall sales – maybe even touch 12-15 percent – that just might be enough to finally stanch the bleeding.

* The cash stash. Despite the overall gloomy numbers, Nokia Corporation (ADR) (NYSE:NOK) was able to add at least a little bit of cash to its meager store, up about 2 percent. When a company has been burning through cash like Nokia had in the last couple of years, any increase in cash reserves has to be a welcome sight.

* North America. Anchored by the U.S., this is a very roust market for smartphones – and is usually a bellwether for many companies. In the overall revenue number for devices and services, North America was the one region of the world where Nokia Corporation (ADR) (NYSE:NOK) actually increased revenue from the previous year. If that continues for another quarter, that could be a true sign fo a rally for the handset maker, considering how intensely competitive the U.S. smartphone market is right now.

Well yeah, but … doesn’t this prove that the Windows Phone experiment hasn’t worked?

Nokia Corporation (ADR) (NOK): What To Expect on the EPS and Rev. SideSeagate Technology PLC (STX): Cheap and High Yielding… But Is It Worth...