Cellphones have always been perceived by their brand. Businessmen have shown their style with a Research In Motion Ltd (NASDAQ:BBRY) and Sony Ericsson has launched many youthful devices. However, things have changed. The market for smartphones has matured. Not long ago, the iPhone OS and Android began their domination in the smartphone market. Soon, old giants like Nokia Corporation (ADR) (NYSE:NOK), Blackberry and Microsoft Corporation (NASDAQ:MSFT) found themselves playing catch-up. Apple Inc. (NASDAQ:AAPL) is credited with bringing about this change with the first iPhone.

Soon, rival Samsung entered the market and has raced to the top with its frequent launch of bolder and smarter smartphones like the Samsung Galaxy S4. To regain lost ground, old giants like Nokia and Blackberry have come up with refreshed operating systems and refined designs. Can they take back their positions from Samsung, Google and Apple?

How they size up

According to data from market research firm IDC, Samsung had about 39% market share versus Apple’s 25% in fiscal year 2012. In 2011, Samsung and Apple were about equal at 19%. Apple Inc. (NASDAQ:AAPL) has been continuously losing its market share to Samsung, as seen in the table below. Even with the launch of iPhone 5 in 2012, it has not been able to knock out Samsung. Samsung has been clearly reigning the smartphone market with a 39.6% market share in 2012.

The old giants: Nokia and Blackberry

With the launch of the Lumia smartphones, Nokia Corporation (ADR) (NYSE:NOK) is aiming to regain its lost market share. It has introduced its Lumia smartphones at different price points, targeting consumers with different budgets. The Lumia phones have great camera optics, an excellent navigation tool in the form of Nokia Maps and a free music service. 2013 could be a great year for Nokia as the Lumia phones are getting good reviews. 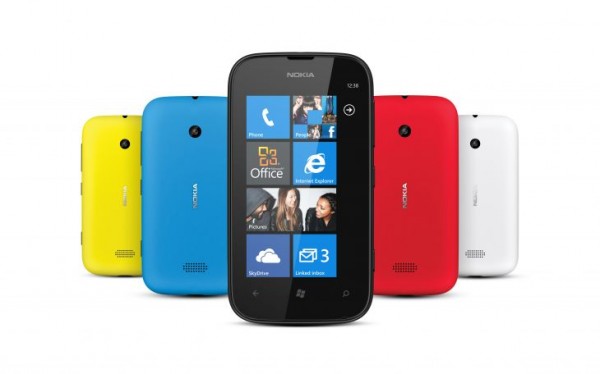 On the other hand, Blackberry  has launched its new BB10 smartphone. 2012 was not been a great year for Blackberry: with the company losing market share to Apple Inc. (NASDAQ:AAPL) and Samsung by almost 5%. BB10 has been receiving positive response and will be available in the U.S. starting March 22. With Blackberry Messenger Service messenger, secure enterprise services and an unique user interface based on the concept of hub-peek-flow, it is surely back in the competition.

From a $6.35 per share price in September, Blackberry has climbed to $16.40 per share. Nokia Corporation (ADR) (NYSE:NOK) shares have also been performing well and have risen from its July price of $1.69 to a current price of $3.42 per share. Apple Inc. (NASDAQ:AAPL) is currently trading between $400 and $450 after reaching a $700 high in September. The fall in the price has mainly been because of heavy competition in the smartphone industry. However, with plans of releasing a new iPhone this fall and a loyal customer base, there is no reason why it could not regain the number one position in the smartphone market.

Samsung has become the emperor in the smartphone market. Rival Apple has been losing its market share. One reason could be that an iPhone doesn’t come cheap. It doesn’t cater to the needs of low budget consumers like Samsung — which has a series of smartphones available in all price ranges. However, there is still plenty of room left for Apple Inc. (NASDAQ:AAPL) to grow and regain its position.

With the launch of the Lumia phones and the BB10, the emperor and its rival could be facing stiff competition. Nokia Corporation (ADR) (NYSE:NOK) and Blackberry are brands we have loved in the past. One major problem with the Nokia Lumia and BB10 phones is that they release new apps only after the apps have been released on iOS and Android. With regular OS updates and up-to-date app stores by these old players, they could change the smartphone market. There seems to be a race for gaining the top position in the smartphone market. 2013 is surely a great year for smartphones.

The article Smartphone War: The Emperors Strike Back? originally appeared on Fool.com and is written by usha patodia.