Apple Inc. (AAPL) Might Take the Lead Over Samsung in This New War

Samsung‘s  management is confirming its product development for watch products, after Apple Inc. (NASDAQ:AAPL)‘s  iWatch is speculated to launch this year. While it may raise the concern for increasing competition into “smart” watch market, it shows Apple is once again making the right move, which may once again followed by its competitors.

As reported by Bloomberg, Lee Young Hee, executive VP of Samsung’s mobile business, said during an interview in Seoul, “We’ve been preparing the watch product for so long. We are working very hard to get ready for it. We are preparing products for the future, and the watch is definitely one of them.” Lee had no comment on what features the watch may have, how much it would cost, and when it would go on sale. On the other hand, Samsung had built many watch and phone combos in the past.

Earlier, there was speculation about Apple Inc. (NASDAQ:AAPL)’s plans for a wristwatch-like device that may perform similar functions to the iPhone and iPad. As reported, Apple has been “experimenting” with wrist-wearable devices that would run iOS, and use curved glass.

The curved glass is a sheet of Corning (NYSE:GLW)‘s  new, 100-micron-thick Willow Glass, a new ultra-thin flexible substrate for LCDs and OLEDs. Willow Glass could potentially open the door to an iOS-connected timepiece, that wraps its display fully around the wrist and lead to a lighter device.

With a team of around 100 designers, programmers and engineers, Apple Inc. (NASDAQ:AAPL)’s iWatch is expected to provide communication functions, including identifying callers and checking map coordinates, as well as body interaction capabilities, including health-related data monitoring.

$60B Market and Beyond

According to Marshal Cohen, an analyst at NPD Group, companies are racing to redesign the mobile phone into something wearable, and the competition is coming from different directions, including device makers, accessory makers, and even fashion designers. The global watch industry is expected to generate $60 billion in sales, said Citigroup analyst Oliver Chen, and the first successful wearable smart devices could lock customers into their platform.

Strategies for Apple and Samsung

While Samsung had been building phone and watch combos in the past, “smart” watches attract buzz when the speculation for Apple’s iWatch begins. Apple Inc. (NASDAQ:AAPL) is facing slower growth, while Samsung warned of slowing demand in January. Both companies need to expand beyond the saturated smartphone market according to Bloomberg’s report.

One strategy is for Apple to roll out iWatch as cheap as possible to gain maximum market share, while continuing to enjoy higher margin on smartphones and other i-products. However, margin compression and a saturated smartphone market may not achieve the best result for this strategy.

A cheap iWatch may also confuse consumers as i-products continue to focus on quality instead of pricing. The best long-term strategy for Apple Inc. (NASDAQ:AAPL) is to be associated with quality and innovation. As for Samsung, the easiest and safest move maybe just to wait and roll out a cheaper version after the release of iWatch. It will be surprising to see if Samsung rolls out the smart watch devices first, or perhaps it already did, and failed with its past phone/watch combos.

Corning is another great buy with the strong demand for Gorilla Glass products and exciting Willow Glass. As fundamentals continue to improve, Corning still has more upside potential at current valuation (Forward P/E of 10.02). At the closing price of $12.83 (as of March 19, 2013), Corning is 9.53% below its 52-week high. Analysts currently have a mean target price of $13.97, suggesting 8.89% upside potential. 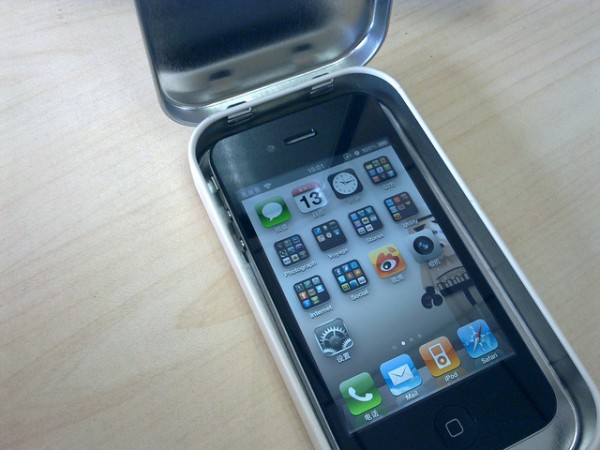 Note: All prices are quoted from the closing of March 19, 2013. Investors and traders are recommended to do their own due diligence and research before making any trading/investing decisions.

The article Apple Inc. (NASDAQ:AAPL) Might Take the Lead Over Samsung in This New War originally appeared on Fool.com and is written by Nick Chiu.