The announcement of the day comes from the Federal Communications Commission, whose chairman, Julius Genachowski, said he will be leaving his post in the coming weeks.

“I’m proud of what we’ve done together to harness technology to advance the American dream for the 21stcentury. I know you’ll continue to fight hard to fulfill this agency’s vital mission, and I look forward to continuing to work together until my last day at the agency, and to count you as family and as an inspiration for long after that.”

The iPhone toss, more refreshing than a sauna
Nokia Corporation (ADR) (NYSE:NOK) CEO Stephen Elop, appearing on Finnish TV, decided to help the program’s host make up his mind about a new phone.

The host pulled out his iPhone on air, which prompted a “how embarrassing” comment from Elop. The host told Elop he actually wanted to lose the iPhone and get a Nokia phone. Elop then said, “I can take care of that for you” and tossed the iPhone aside, which landed with an audible crash.

The TV presenter remained unfazed and Elop said, with a smile, he would replace what’s left of the iPhone with a Nokia Corporation (ADR) (NYSE:NOK). Here’s the video.

Days before BlackBerry’s great hope for redemption, when the BB Z10 was about to go on sale in the U.S., Heins told the Australian Financial Times newspaper in an interview that “The user interface on the iPhone, with all due respect for what this invention was all about, is now 5 years old.”

But he did admit “I do not believe that Apple Inc. (NASDAQ:AAPL) is worried much about BB10 stealing sales. …  [I]t will be extremely hard to get customers who have an iPhone to switch over to a BB10 device. It would have been much easier to convert customers to BB10 a couple of years ago when there was a larger BlackBerry install base at the high end.”

All over but the shouting
MetroPCS Communications Inc (NYSE:PCS) and T-Mobile USA got the last of the regulatory approvals for their merger out of the way this week when the Committee on Foreign Investment in the U.S. signed off on the deal, which was necessary because the German company Deutsche Telekom is the parent of T-Mobile. The FCC and the Department of Justice have already given the venture the OK .

However, on April 12 there will be a special shareholders meeting, at which the proposed deal will be put up to a vote, and there has been opposition to its going through.

P. Schoenfeld Asset Management and Paulson & Co., together holders of almost 12% of MetroPCS’ outstanding shares, have been vocal in their criticism of the merger. They have questioned the high debt the deal would put on MetroPCS’ shoulders as well as a high interest rate on that debt .

Where’s Roger?
Not waiting for the final vote on the merger, the three companies involved — MetroPCS, T-Mobile, and Deutsche Telekom — have already released the list of directors for the board of the proposed new company.

MetroPCS’ Chairman, CEO, and Co-founder Roger Linquist was notably not on that list, making one wonder if he will still be involved with the company if the merger passes.

Not-so-great expectations
Fitch Ratings has lowered its outlook for Frontier Communications Corp (NASDAQ:FTR) from stable to negative. It just doesn’t think Frontier will have the growth over the next two to three years the ratings agency had expected.

However, Fitch does expect Frontier’s debt leverage to lower slightly by the end of 2014, to 3.1 times. If it doesn’t, though, and the leverage rises to 3.3 times or more, Frontier see its current BB+ rating downgraded.

It’s all in the wrist
We all have heard about Google Inc (NASDAQ:GOOG) Glass, the company’s smartphone/camera/camcorder worn like a pair of glasses. 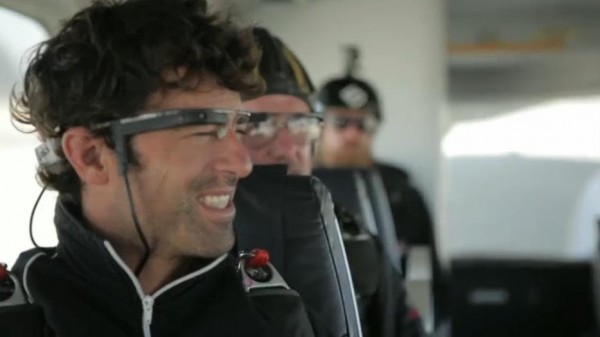 And we know about Apple Inc. (NASDAQ:AAPL) developing an iWatch (whether that will end up being its name or not).