NIC Inc. (EGOV): Is This Stock Worth Buying Right Now?

In some countries, only the cream of the crop from every university batch get to join the public sector, while in others, public sector jobs are seen as a choice of last resort for job candidates. Similarly, investors have varied perceptions of government contractors. Some see them as stable companies with less volatile revenue streams, while others perceive them as low margin businesses operating under the ‘lowest bid wins’ system.

NIC Inc. (NASDAQ:EGOV), a eGovernment services provider, is less affected by government austerity measures, as the services it provides are non-discretionary in nature and its self-funding business model limits the amount of money that the government has to fork out. Current valuations at 32 times forward P/E and 2.1 times PEG are too rich, suggesting that investors are better off waiting for a better entry price.

When a company decides to do outsourcing to cut costs, it will choose to keep its core competencies in-house and leave less critical services to third-party contractors. Along the same line of thought, not all government expenditures will be cut in the face of austerity measures. Tax filing & payment, license registration & renewal, and business database searches, to name a few of the services that NIC Inc. (NASDAQ:EGOV)’s government portals provide, are essential services that need to be carried out, regardless of the state of the economy.

Among these services, electronic access to motor vehicle driver history (DMV) records account for more a third of NIC’s revenue. The numbers speak for themselves. NIC Inc. (NASDAQ:EGOV) has delivered an impressive three year, five year, and ten year revenue CAGR of 17%, 20%, and 16%, respectively. This steady revenue growth across both short and long time periods is a confirmation of the sustainability of its business model.

Firstly, the large upfront payment is the biggest stumbling block for any big ticket transaction. Imagine if a real estate agent comes to you and says that he will buy an apartment in your name and foot the down payment for you. All you have to do is to share the rental revenue for the apartment with him. This is similar to how NIC Inc. (NASDAQ:EGOV) is selling its e-services to the government. NIC builds the government portal using its own funds and subsequently takes a share of the transaction fees generated from portal services.

Secondly, it is intuitive so that you will feel less pain if the money does not come out of your own pocket. Only 13% of NIC’s fiscal 2012 portal revenue was received directly from the government in the form of time and materials-based fees and fixed fees for portal management, according to its most recent 10-K. NIC Inc. (NASDAQ:EGOV) derives the remaining 87% of its revenue from its share of the transaction fees paid by end users.

This two-sided market with NIC charging more of the end-users than the government, suggest that NIC Inc. (NASDAQ:EGOV)’s services are less likely to be cut in bad times. This is evidenced by recent contract renewals. Management shared at its most recent earnings conference call that the states of Kansas, Kentucky, and Nebraska recently signed contract extensions.

MAXIMUS is the largest Medicaid & Children’s Health Insurance Program (CHIP) administrator and also provides welfare-to-work services in the U.S., UK, and Australia. Similar to NIC Inc. (NASDAQ:EGOV), MAXIMUS’ stable revenue streams are secured by a long average weighted contract life of 4-5 years. This is validated by a stellar revenue growth track record, with a three year, five year, and ten year revenue CAGR of 13%, 7%, and 7%, respectively. 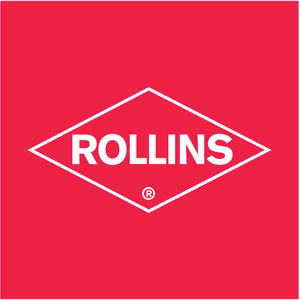