What do living quarters for old people and newspapers have in common?

So imagine the shock when investors learned senior housing REIT Newcastle Investment Corp. (NYSE:NCT) had plans to own and control more than 400 newspapers around the country.

For months, the story has been that Newcastle would slowly divest its odds-and-ends collection of investments to focus on senior housing. Earlier this year, it spun off New Residential Investment Corp. to take mortgage assets off its balance sheet. Since then, it’s been cashing out of its collateralized debt obligations to invest the funds in real estate.

In June, investors were led to believe that the company would have fully wound down its CDOs to become a pure-play on real estate within one year. That plan seems to have been thrown out for a quick buck in a hodge-podge of daily and weekly newspapers located all around the country.

Connecting the dots
Newcastle Investment Corp. (NYSE:NCT) is managed by a third party, Fortress Investment Group LLC (NYSE:FIG), which happened to own nearly 40% of the equity in GateHouse Media, a newspaper firm that’s going bankrupt.

Over the last few months, Newcastle Investment Corp. (NYSE:NCT) quietly acquired the majority of GateHouse’s distressed debt, which gives it a very strong position to control the bankruptcy process.

The plans include further investment in newspapers under the Newcastle Media name. The presentation goes so far to include projections that include making up to $1 billion worth of newspaper acquisitions by 2016.

But this is no sure thing. Newcastle Investment Corp. (NYSE:NCT) has to work with creditors to finalize the GateHouse bankruptcy. Then it has to spin off a new entity as quickly as possible to avoid tax complications because it is a REIT, not a typical C-corporation.

And as for Newcastle Investment Corp. (NYSE:NCT)’s potential reward, it’s really anyone’s best guess. The final slide in the presentation shows projections of Newcastle’s value at anywhere between $5.14-$9.19 per share, including the value of the newspaper business. 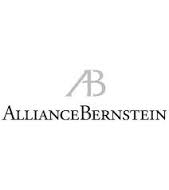