Louis Navellier founded Navellier & Associates in 1980 and is primarily a growth investor, preferring to invest in growing companies with good fundamentals. He is also the editor of several investing newsletters and wrote The Little Book That Makes You Rich. Earlier this month Navellier filed its 13F with the SEC; this filing reports many of the fund’s long stock positions as of the end of the quarter (the end of September, in this case). Read on for our quick take on the fund’s five largest picks or compare them to previous filings.

The largest of Navellier’s 13F positions by market value was its roughly 810,000 shares of Alexion Pharmaceuticals, Inc. (NASDAQ:ALXN). The $20 billion market cap biopharmaceutical company’s primary products treat rare blood disorders and genetic conditions. Navellier had moved heavily into the stock during the second quarter of 2012, and had owned about 530,000 shares at the end of June. Alexion has picked up interest from a number of other investors; during the second quarter, for example, Renaissance Technologies more than tripled its own position to a total of 1.1 million shares. Alexion trades at 40 times forward earnings estimates as the market expects strong growth from its products in development.

Navellier also liked Apple Inc. (NASDAQ:AAPL), which had been the fund’s largest position in the second quarter. The fund hadn’t been alone then- Apple was the most popular stock among hedge funds during the second quarter- and we’re sure that interest hasn’t declined much. Apple still trades at 15 times trailing earnings even as its market capitalization has swelled and despite offering good growth prospects; its forward P/E is 12 and its five-year PEG ratio is 0.6. Those metrics indicate that the sell-side thinks Apple is a great value, and while we can see its growth rate coming down a bit- and possibly below expectations- we would say that the stock is still undervalued even now.

Equinix Inc (NASDAQ:EQIX) was another of the fund’s favorite stocks with it reporting a position of about 410,000 shares at the end of September (a small increase from what it had owned at the beginning of July). Equinix is a data center services company that operates globally. It is priced for high growth, at 89 times trailing earnings, but has at least been making progress towards justifying this valuation with revenue and earnings growing 18-19% in the second quarter compared to the same period a year ago. However, its forward earnings multiple of 48 is still quite high. We think that the 86% rise in the stock price over the last year has outpaced the improvement in the company’s fundamentals.

$7.2 billion market cap customer loyalty program company Alliance Data Systems Corporation (NYSE:ADS) is another stock that’s been beating the market recently, up 43% over the last year, but its valuation is considerably cheaper at trailing and forward P/E multiples of 22 and 15, respectively. In the third quarter, its earnings were 27% higher than a year earlier, so it has a good growth history as well. Navellier owned about 590,000 shares of the stock at the end of September, roughly an 11% increase from the beginning of the quarter. We would like to look at it more closely to check its growth prospects; it could very well be trading at a reasonable price.

Navellier also increased its stake in International Business Machines Corp. (NYSE:IBM), reporting a position of about 370,000 shares. IBM’s business was about flat in the third quarter compared to the third quarter of last year, and the market does not expect much growth here: its trailing price-to-earnings multiple is 14. As a result, we don’t think that the $220 billion market cap company needs to perform particularly well in order to prove a good value. We think it’s a good stock to watch and if it can continue to keep its numbers steady as it transitions away from hardware and towards software and services, a good one to consider for a portfolio as well.

Is There Any Hope for Dell or Hewlett-Packard? 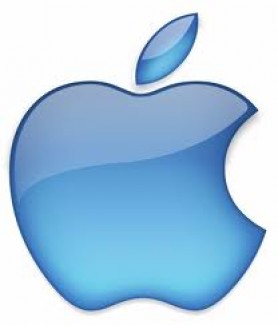