On Wednesday morning, video-streaming leader Netflix, Inc. (NASDAQ:NFLX) announced the launch of a Facebook Inc. (NASDAQ:FB) app for U.S. customers. Starting this week, U.S. Netflix users will be able to link their Netflix and Facebook accounts, so that their friends can see what they’ve been watching (and vice-versa). The move was made possible by a recent change to the Video Privacy Protection Act, which had previously made it illegal to share such information without written consent from the customer. This new feature was widely expected, insofar as Netflix, Inc. (NASDAQ:NFLX) had already offered Facebook integration in every one of its international markets. 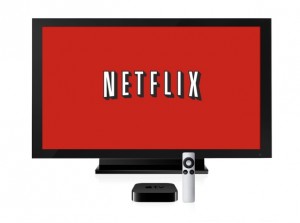 The news sparked a nearly 6% rally in Netflix shares on Wednesday, adding approximately $600 million to Netflix’s market cap (based on an estimated diluted share count of 60 million). However, while Netflix’s expansion of “social” video is a nice feature that will please many customers (particularly the under-30 set), it’s hard to characterize it as a game-changer. Netflix, Inc. (NASDAQ:NFLX)’s valuation already reflects a very rosy view of future growth and profitability. Facebook Inc. (NASDAQ:FB) integration could cause a modest uptick in Netflix’s user loyalty among younger customers, who tend to be heavier social-media users. Nevertheless, in the grand scheme of things, Netflix’s big move on Wednesday simply represented an overvalued stock that became still more overvalued.

How it will work
My Foolish colleague Rick Munarriz recently explained the workings of the new Netflix Social feature. By default, Netflix users who link to their Facebook accounts will be able to see what their friends have watched, and which movies and TV shows their friends like the most. This functionality should nicely complement Netflix’s existing technology for delivering video recommendations. Netflix CEO Reed Hastings frequently talks about Netflix’s ability to deliver personalized viewing recommendations as a significant competitive advantage, and Facebook Inc. (NASDAQ:FB) integration is another step down this road.

What does it mean?
I see Netflix, Inc. (NASDAQ:NFLX) Social as a low-cost, low-risk move for Netflix that may persuade some users to stick around who might otherwise have canceled the service. Improving the user experience is a positive for Netflix, especially with Amazon.com (NASDAQ:AMZN) making a big push to grow its Prime user base. Amazon is rapidly building its content library and has won some important exclusive contracts recently, such as the streaming rights for Downton Abbey.

On the other hand, Netflix’s user interface is already well ahead of Amazon’s, so it’s running up against the law of diminishing returns here. Amazon isn’t trying to compete by providing a better user interface; instead, it’s trying to attract subscribers through its lower price ($79 a year for Prime or $39 a year for students, versus $96 for Netflix), its exclusive content, and additional benefits (e.g., free expedited shipping and the Kindle Lending Library).

Netflix, Inc. (NASDAQ:NFLX) Social may provide some differentiation on the margin, but it doesn’t address Netflix’s core problem: its lack of a moat in the streaming business. With competition growing quickly, I think Netflix will struggle to improve its thin streaming profit margins and is worth much less than its current valuation of more than $11 billion.

Adam Levine-Weinberg is short shares of Netflix and Amazon.com. The Motley Fool recommends and owns shares of Amazon.com, Facebook, and Netflix.