Netflix, Inc. (NFLX): What If The Stock Has a Flop on Its Hands?

Netflix, Inc. (NASDAQ:NFLX) is in a good groove these days.

Goldman Sachs Group, Inc. (NYSE:GS) bumped its target on the shares from $125 to $184 on Thursday, encouraged by Netflix’s widening addressable market — not just the 84.2 million U.S. homes with broadband connectivity, but the fact that Netflix is now a viable subscription option for those embracing Web-enabled mobile devices.

Netflix, Inc. (NASDAQ:NFLX) CEO Reed Hastings tooted his own company’s horn on Thursday, pointing out in a Facebook status update that the service delivered 4 billion hours of content through the first three months of the year. 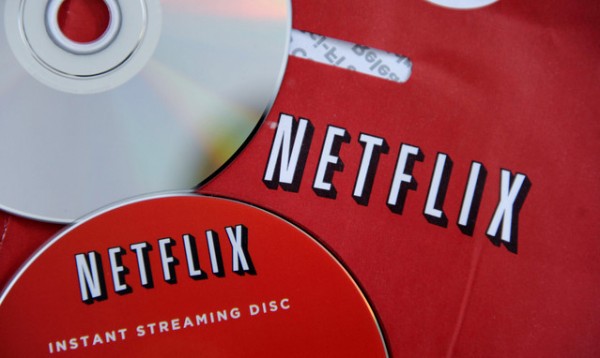 Then we have a catalyst that has yet to play out. Hemlock Grove — the latest show that will be exclusively available on Netflix for the time being — begins streaming next weekend. After February’s wildly successful House of Cards, if Netflix can nab another magnetic property, it will be that much harder for folks to cancel subscriptions between programming lulls. Netflix will have proved itself worthy of scoring magnetic content, and the comparison’s with Time Warner Inc (NYSE:TWX)‘s HBO will be even more apropos.

Is Netflix, Inc. (NASDAQ:NFLX) on the same level as HBO? Not exactly. As anyone knows who has seen House of Cards available as a DVD preorder on rival Amazon.com, Inc. (NASDAQ:AMZN), Netflix is often merely paying for exclusive streaming rights or just the benefit of carrying a particular show first. If it’s a hit, it may very well be made available through other outlets down the line.

But what if we don’t get that far with these next shows? What if Hemlock Grove isn’t scary? What if Arrested Development‘s fourth season next month isn’t funny?

We may not be dealing with hypothetical questions here.

“Weird can be good, but this isn’t intentionally weird so much as it is plain bad,” reads a scathing Hollywood Reporter review of Hemlock Grove from Tim Goodman.

Let’s be fair here. Goodman also panned the similarly creepy American Horror Story, the sleeper gothic horror hit of 2011 where the Harmon family moved into a haunted house — and paid the price.

“Unlike the Harmons, watching what goes on in that house even once is enough to know better than to go back again,” he concluded.

He was wrong then. The show fared well on FX and went on to have a second season. Maybe he’s wrong this time, too. Then again, maybe it’s better for Netflix, Inc. (NASDAQ:NFLX) if Goodman is right. Netflix will have some duds on its hands. That’s inevitable.

Netflix, Inc. (NASDAQ:NFLX) has more money to spend than anybody else on streaming content, because it can justify the content land grab as it spreads it around its 33.2 million streaming accounts worldwide. However, when a show falls flat — and that’s something that happens even on HBO — the real test is how a channel or service bounces back.

The article What If Netflix Has a Flop on Its Hands? originally appeared on Fool.com.