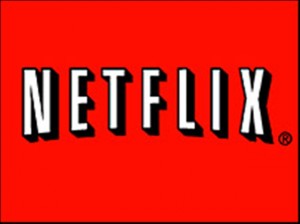 Although the prospective sale of the Hulu video service is entertaining, the company hasn’t been able to unseat Netflix, Inc. (NASDAQ:NFLX). There’s a good reason for that and both Netflix and Amazon.com, Inc. (NASDAQ:AMZN) understand it—do you?

Reuters recently broke the news that “Former News Corp president Peter Chernin has bid around $500 million for Hulu, the online video streaming service he helped create in 2007…” Sources with knowledge of the sale process were anonymously cited. Hulu was supposed to be the media industry’s answer to the video streaming problem, but it hasn’t worked out so well.

The biggest problem that Hulu has had is that its owners are entrenched in the old way of doing things. For example, Dow-30 component The Walt Disney Company (NYSE:DIS), which is one of Hulu’s owners, also owns ABC and other important video properties, like ESPN.

As a subscription service, Netflix, Inc. (NASDAQ:NFLX) has been willing to put up vast amounts of commercial-free content on an on-demand basis. ABC still generates vast amounts of revenue from advertising, so its business model view is biased. Indeed, ABC benefits when customers come back at the same time every week to watch a new episode of a show. This is particularly true for popular shows, for which it can charge advertisers more money. It also makes money selling DVDs of content from previous seasons.

Thus, Hulu doesn’t have the same library of content that Netflix, Inc. (NASDAQ:NFLX) offers, even though Hulu’s owners have a vast treasure trove of content that could be on the site. And the schedule of new content is structured so it doesn’t compete with the regular broadcast of the content. Moreover, even after paying for a subscription, Hulu customers are still forced to watch advertising.

Netflix, Inc. (NASDAQ:NFLX), on the other hand, gets it. It understands that customers want to watch what they want when they want. For example, when it launched its own “television” shows, it made all of the episodes available at once. This lets the binge watchers do their thing and allows those who prefer to drag out their viewing, over weeks or months, do their thing.

And the company has used data to back its decisions up. Binge viewing, for example, was largely hidden from view until Netflix. These customers would buy or rent content and watch all of a television series in one sitting without anyone realizing they existed. As Netflix watched its customer data, the trend become quite clear. This type of open thinking driven by data is a key reason to like Netflix.

A tag along, with legs

Amazon.com, Inc. (NASDAQ:AMZN)’s Prime service is another example of a company that “gets it.” Although certainly not the first mover in the space, Amazon was quick to jump on the video streaming bandwagon. It used a tempting combination of “free” shipping and video to make up for being an also ran.

However, the company has an interesting position in the retail space that it is working to exploit. For example, Netflix, Inc. (NASDAQ:NFLX) does video and nothing else. Amazon also sells music, another in-demand entertainment product. It recently decided to give customers access to an online library of their past music purchases.

What does this mean? That Amazon.com, Inc. (NASDAQ:AMZN) customers can watch and listen to what they want when they want. Of course Amazon was also second in the music space, following along on Apple Inc. (NASDAQ:AAPL)‘s coattails. However, it has a great combination of offerings in the space and shows a clear understanding of how the media world is changing.