He said New Pacific CEO Rui Feng is also Chairman and CEO of Silvercorp. The company is backed by Pan American Silver and Silvercorp. He believes unprecedented central bank moves are buying silver prices as investors hope the company’s Bolivian silver projects could be world class assets. The company has only one supposedly active mining claim in Bolivia called Silver Sand. However, it may not even have any control over that claim, and investors seem unaware of this. 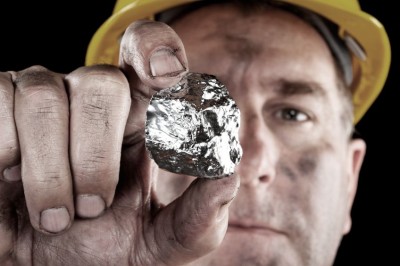 He explained that New Pacific’s stock has been helped along by paid promotions. GoldNewsLetter was paid $200,000 to promote the stock and the company, calling it a “world-class silver project.” Proactive Canada was paid $25,000 per year to promote the stock. In a newsletter, Stansberry Research declared the project to be “the biggest silver opportunity in 50 years,” containing a “mountain of silver.

Anderson noted that New Pacific is 85% fundamentally overvalued compared to its peers. He also called attention to a number of management red flags. He said they are especially litigious and have used state influence and litigation to pressure critics. A short-seller in British Colombia was jailed for speaking out against New Pacific.

He emphasized the relationship between New Pacific and Silvercorp. The two share board members, office space and contacts. According to SEDAR, they even shared a mailing address and contact name. Silvercorp owns about 29% of New Pacific. Further, the supposedly independent geologist who prepared New Pacific’s report for its flagship Silver Sand property is a former Silvercorp employee.

New Pacific supposedly acquired concessions to the Silver Sand project in mid-2017. However, it isn’t actively exploring or developing any properties other than Silver Sand. The project is estimated to be 10 years away from production, but New Pacific shares are up nearly 400% since the purchase was announced.

The company was off to a strong start legally. It acquired Bolivian mining entity Alcira in 2017 for $45 million from its Chinese owners. The deal was focused on a 3.17-kilometer core area now referred to as the Silver Sand project.

In January 2019, New Pacific announced it had reached a major deal with state mining company COMIBOL and signed a contract for a much larger area of surrounding land. With that deal, New Pacific became the first foreign company to sign a new contract with COMIBOL since President Evo Morales entered office in 2006.

It seemed as if the company was on track to win legislative approval to secure and begin exploiting its new, expanded mining areas. However, the Morales administration New Pacific was working with was ousted in a coup in November 2019. In Potosi where the company’s mining operations are based, the electoral court was burned to the ground, illustrating just how violent the coup was.

Anderson believes the political risk facing New Pacific remains high. Hindenburg hired local consultants to perform checks with local sources and officials. Based on their findings, Anderson’s base case is that New Pacific’s deal for the expanded mining area will never be ratified. He also expects the Silver Sand property to be contested. If any deal is ever approved, he expects the economics to be worse than the company has advertised. He also said multiple sources have said that there’s a potential for graft in the kind of deal Navarro’s ministry was putting together with Alcira.

Former COMIBOL chairman Hector Cardova said New Pacific’s Silver Sand contract is currently suspended. While it’s been signed by COMIBOL and the company, it doesn’t have parliamentary approval, so it doesn’t go into effect. Without framework regulation, he doesn’t believe parliament will approve it.

A political advisor to the new Bolivian government said that according to the current mining minister, a government-based group had an economic interest in obtaining money from Alcira. The former mines minister described Navarro as “one of the most corrupt ministers there has been” and “always open for business.”

Anderson also believes New Pacific’s purchase of the mining concession may even have violated Bolivian law. The country doesn’t permit the sale or purchase of mining areas privately. All transactions must be state-approved. The key legal question relates to the company’s $45 million purchase of Alcira, the Bolivian entity that controlled its Silver Sand property. Anderson questioned whether New Pacific paid to be able to acquire its concessions, which would probably be illegal, or whether the price tag was purely to acquire Alcira’s assets.

He said the answer seems clear because the circular detailing the Alcira acquisition indicated that the entity’s total assets were worth only $84,131 before the acquisition. He added that New Pacific paid about 85 times more for Alcira than its previous owners, China-based Ningde Jungie, which paid $530,000.

Nate also pointed out that New Pacific’s flagship property is in a state of legal limbo. The previous owner of Alcira allegedly bought them in violation of the constitution. Thus, the state stripped the mining areas. Navarro initially supported their revocation but then conveniently moved to reinstate the concessions before the sale to New Pacific.

The Mines Ministry ruled in January 2016 to overturn AJAM’s appeal ruling about the revocation of the Silver Sand concessions. However, that ruling doesn’t appear to have overturned the May 2015 decision to revoke Alcira’s 17 concessions.

That means that while the appeal upholding the revocation was tossed out, the original revocation of the mining concessions was never actually reversed. New Pacific announced the deal to acquire Alcira on Apr. 10, 2017.

They spoke with one Bolivian lawmaker who seemed like he may have been willing to accept a bribe in relation to New Pacific. When Hindenburg asked about the company, he offered what sounded like an unsolicited offer to help pass or block the contract between New Pacific and COMIBOL. When asked if that would come at a price, he said yes.

Anderson doesn’t believe the new Bolivian administration will sign off on the dealings of the old regime. He offered three possible scenarios. The first is total revocation of contracts and mining areas. The second is a renegotiated deal with COMIBOL and the legislation, which would likely be on far less favorable terms. The third is that the deal somehow passes through Bolivia’s congress as it is.

He also said New Pacific management has been accused of inflating silver grades. In 2011, fraud researcher Jon Carnes, who has one of the best track records in the industry in identifying irregularities with China-based companies, issued a report on related company Silvercorp.

The report alleged that the company’s technical reports were based on a two-man team that used resource estimates provided by Silvercorp and hadn’t visited the site in years. The report also said the quality and resource estimates of its mines were overstated and that a related third-party transaction enriched a relative of CEO Rui Feng.

Anderson added that New Pacific’s balance sheet shows 30 cents per share in liquidation value excluding the mining interests. He said the company had about C$43 million in current liquid assets, including C$33.6 million in cash and C$8.7 million in bonds.

He said technical analysis indicates that the company’s Silver Sand project is only worth about 29 cents per share (Canadian). Nate added that the Potosi region is well-known for its world-class silver deposits, especially the Cerro Rico mine. Over 2 billion ounces of silver have been mined from there since 1545.

However, the sheer quantity and grade of the silver there has resulted in decades of exploitation and abuse by the Spanish empire and other foreign entities since the discovery, resulting in the deaths of about 8 million people. Due to the history and social and political backdrop, silver deposits in Potosi need to be “world-class” for it to be worthwhile for mining companies and their investors to try to develop the deposits.

Thus, Anderson argues that there was 90% downside to New Pacific shares before today’s presentation, resulting in a price target of 37 cents per share (Canadian) for the stock. Hindenburg is short both New Pacific and its related entity Silvercorp.