When the Movado Group, Inc (NYSE:MOV) released its fiscal fourth quarter earnings results in recent days, the numbers indicated that the company, known for the iconic dot on its time pieces, had a strong quarter. 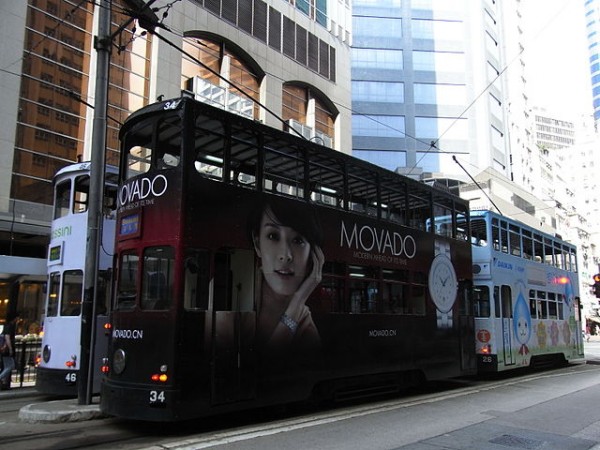 Still, investors seemed unimpressed, as the stock closed lower than where it was priced before earnings were released. The reason behind the lackadaisical reaction is not unique to Movado.

Other luxury retailers, including Tiffany & Co. (NYSE:TIF) and Coach, Inc. (NYSE:COH), are also failing to impress investors and it’s because of the guidance they are issuing.

While I understand the concern over guidance, I think that it is misplaced when it comes to luxury brands. This is especially the case with Movado, which not only posted strong earnings numbers but also outlined a strategic plan to further improve growth.

Before I get into the details about the guidance issues, I want to point out some of the positives from Movado Group, Inc (NYSE:MOV)’s last earnings report. Net sales, gross profits and net income were all higher compared with the fourth quarter of 2012, which suggests  that the company took the necessary steps to improve its financial position.

Movado’s fiscal 2013 net sales were $505 million compared to $468 million in fiscal 2012. The increase was largely driven by growth in its accessible luxury and licensed brand categories, noted company president, Richard Cote, during the earnings conference call.

Gross profit was roughly $278 million, which represents 55% of total sales. That compares to $256.3 million in last year’s gross profit, which amounted to approximately 55% of sales last year.

Movado Group, Inc (NYSE:MOV)’s net cash position, which was $168 million at year-end, is also noteworthy. This was accomplished even after the company returned $37 million, or $1.45 per share, to shareholders to pay special and regular quarterly dividends.

As for the luxury-jewelry retailer’s future profit expectations failing to impress investors, I beg to differ. Movado’s guidance is based on a multi-year strategic plan that will carry it through fiscal 2017. For the next four years, Movado hopes the plan will lead to sales growth of at least 10%. That should lead to an operating profit of at least 20% each year.

One of the things Cote pointed out during the conference call was that fiscal 2013 marked the company’s third-consecutive year of strong sales and profit growth since it began to recuperate from the recession in 2009. The same can be said of other luxury brands. In fact, Movado Group, Inc (NYSE:MOV) is just one of many luxury brands that are expected post stronger earnings than non-luxury brands this year.

I came across some figures from Euromonitor International, which stated that overall retail growth in 2012 was stronger than it was in 2011, with sales of global luxury goods exceeding $302 billion.

Emerging market luxury-good sales contributed to the improved performance. While they are small, emerging markets are growing rapidly and providing another group of buyers with the opportunity to purchase more expensive items.

Movado Group, Inc (NYSE:MOV) is joined by several companies that are taking advantage of the growth offered in the emerging markets. Take Tiffany & Co. (NYSE:TIF), for example. The upscale jeweler also released its fourth quarter earnings in recent days. Results showed that it has also been able to maintain strong sales despite the recession. Its success was largely due to its strong sales in emerging markets.

Then there’s Coach, which is also taking advantage of emerging markets. During the last holiday shopping season, Coach had to deal with a significant decline in North American sales. It reported, however, that sales were up 40% in China, which is considered a small market for the handbag maker.

Movado is well-positioned to continue growing revenue. The strategic long-term plan already in place is impressive and achievable. We’ll get more information about the company’s performance when it releases its next earnings report on May 30.