Why is Potash Corp./Saskatchewan (USA) (NYSE:POT) looking to Israel for growth? 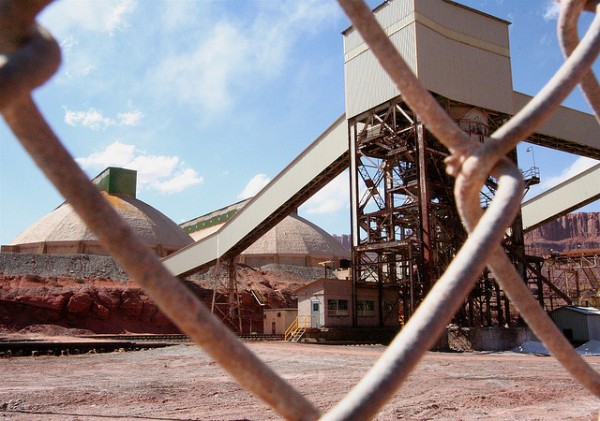 I find it very interesting that Potash Corp./Saskatchewan (USA) (NYSE:POT) is looking to acquire more potash production in Israel, not in its home base of Saskatchewan. The proposed deal in Israel is not especially cheap for Potash Corp./Saskatchewan (USA) (NYSE:POT). Yet, the company is choosing this option over acquiring any of the three emerging potash producers in the province, Karnalyte Resources, Ecanto Potash, and Western Potash.Why might that be?

I believe that the mining industry in Saskatchewan is strained by existing producers of potash, uranium, gold, copper, coal, zinc, salt, etc. Add to that dozens of junior miners in these sectors looking to build their companies.

The stranglehold that the Big three — Potash Corp./Saskatchewan (USA) (NYSE:POT), Mosaic Co (NYSE:MOS), and Agrium Inc. (USA) (NYSE:AGU), have in the Canadian potash business suggests that, collectively, they may be as big as they are allowed to get. The marketing arm of these companies, called Canpotex, claims to have about 35% market share of global shipments.

This move by Potash Corp./Saskatchewan (USA) (NYSE:POT) to grow outside of Saskatchewan does not bode well for the three aspiring producers mentioned above. Either they will have to reach production as stand-alone companies, forced to compete head to head with Canpotex for rail, port, skilled labor, power and water, or they will seek to be acquired.

However, the Big three don’t appear interested in these juniors at this time. They are in no rush, they can wait and see how the market develops. This leaves little room for error among the juniors.

And then there’s the pink Elephant  in the room…

In additon to Canpotex, Karnalyte, Ecanto and Western Potash, there’s another small problem, BHP Billiton Limited (ADR) (NYSE:BHP)‘s Jansen project. Of course I’m kidding when I use the word, “small” when referring to Jansen. It is billed as a $12 billion cap-ex project. Late last year, BHP announced that it’s considerably slowing the buildout of that project due to market conditions. Some say it’s pretty much on hold, which begs the question, why doesn’t BHP acquire one of the three junior potash companies in Saskatchewan?

The juniors are 2-3 years away from first production as against BHP’s Jansen project, which is probably 4-5 years away if it gets developed at all. The juniors’ projects range from 2-3 million metric tonnes of potash per year as compared to Jansen growing to a whopping 16 million tonnes.

Is Potash Corp. Set to Grow With Global Agriculture?