Energy drinks maker Monster Beverage Corp (NASDAQ:MNST) seems to have lost some of its growth momentum. Investors have always perceived this company as a fantastic growth proposition and have not been disappointed in the past. Monster has returned around 62.5% in share price appreciation over the last two years while the S&P 500 has only returned around 17.16%.

Things have been a little quieter of late, however. The company’s recent first quarter report was quite lackluster, leading to a sharp 12% decline in stock price. Let’s take a look and see what is going on behind the numbers. 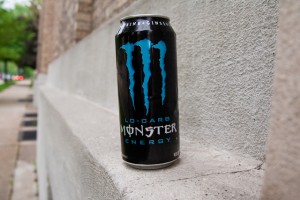 Analysts had been expecting that Monster Beverage Corp (NASDAQ:MNST) would grow its profits nicely in the current quarter. Eight analysts polled by Thomson Reuters predicted a $0.05 per share increase in earnings from the year ago level.

Not only did the company miss analyst expectations, but it also reported a 17% decline in net income from the prior-year quarter. Monster’s net income came in at $63.5 million or $0.37 per share, down from $76.1 million or $0.41 per share last year. This drop was on the back of a 6.5% increase in revenue to $484.22 million, while Wall Street analysts expected revenue of $501.74 million.

Earnings were mainly impacted by $3 million in legal expenses, $8.3 million distribution costs and $4.7 million from an unfavorable currency effect.

The energy drinks sector was posting double digit growth till last year, far ahead of the overall beverage industry. Now, however, it is experiencing a slowdown. The segment grew 14% in 2012 according to industry newsletter Beverage Digest, which was slightly lower than its 17% growth in 2011. This year’s decline will be much heavier, however, if the sales pattern of the first half of the year is any indication.

The negative press and lawsuits are weighing heavy

The slowdown is mostly attributed to the ongoing campaigns against the high caffeine content in energy drinks, campaigns which are tarnishing the image of the sector in general as well as those of the energy drink makers.

The highly-publicized lawsuits against energy drink makers are adding to the trouble. This damage the lawsuits are causing goes far beyond the legal costs that are denting profits; they are hurting the brand name and investor confidence as well.

Only last week was Monster Beverage Corp (NASDAQ:MNST) sued by the San Francisco city attorney for promoting its drinks to adolescents, and the FDA is investigating several reports where energy drinks have been mentioned in connection with fatalities. As of Mar. 6, there were 8 reports being investigated that mentioned Monster, 13 that mentioned 5-Hour Energy, and 1 that mentioned Rockstar Energy.

Red Bull has scored a point

Privately-held Red Bull and Monster Beverage Corp (NASDAQ:MNST) are the two leading energy drink makers in the US. While the demand slowdown has affected both companies, Red Bull has fared much better.

The company was able to grow its sales by 9.5% in the 13-week period ending April 27, compared to Monster’s 7.1% increase. Red Bull has recently launched new flavors and is actively promoting them to further increase sales.

What is significant is that Monster has lost market share by 1 percentage point during this period, a figure that exactly coincides with Red Bull’s gains. Before the trend catches on, Monster will need to come up with new products and strategies to hold its market.

On a positive note