In the age-old test of which drink tastes better, there may be a new contestant in Monster Beverage Corp (NASDAQ:MNST). This company – through its subsidiaries – markets and sells, as well as develops and distributes beverages worldwide. Many of its drinks are marketed as carbonated energy supplements that have gone head-to-head with other similar drinks, such as 5-Hour Energy. The company was established in 1985 and is headquartered in California. 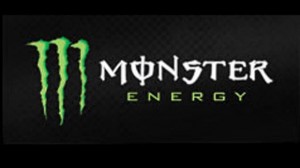 Monster Beverage Corp (NASDAQ:MNST) currently holds almost a 40% market share in the energy drink arena – although this may soon change based on a recent lawsuit alleging a consumer’s death due to drinking too much of the company’s flagship beverage.

One of the most impressive features about this company is that it has no debt to speak of – a nearly impossible feat in today’s corporate environment. This gives the company a literal debt-to-equity ratio of zero – and this is a very favorable sign.

One of the ways that Monster has been keeping itself near the top of its market category is through the launch of new flavors – including “rehab” drinks. Although it remains to be seen whether or not this will catapult the company to new category heights, analysts do expect a gain of approximately $0.05 in its earnings per share for the first quarter of 2013.

As of the most recent quarter, Monster came in higher than the industry average for revenue growth – and the firm’s overall revenue increased by almost 15% over the year-ago period. This also helped Monster increase its earnings per share by more than 10%.

Is there another key player in the cola wars Now?

Monster could very well be the next big player in the cola wars – a test that has for years been played out between The Coca-Cola Company (NYSE:KO) and PepsiCo, Inc. (NYSE:PEP). Although there’s a new game in town, the big cola giants aren’t exactly backing down.

And, while the company’s more sugary drinks aren’t as much in demand today by more health-conscious consumers, The Coca-Cola Company (NYSE:KO) has moved into a number of new  and healthier product lines, such as bottled water.

We may use your email to send marketing emails about our services. Click here to read our privacy policy.
Related Insider Monkey Articles
General Electric Company (GE), Microsoft Corporation (MSFT), And About Those...Apple Inc. (AAPL) iBond-ies Must Watch For This

The Coca-Cola Company (KO), PepsiCo, Inc. (PEP), And A Taxing Decision for...