This series, brought to you by Yahoo! Finance, looks at which upgrades and downgrades make sense, and which ones investors should act on. Today, our headlines include a downgrade for The Kroger Co. (NYSE:KR) , balanced out by upgrades for both of Masco Corporation (NYSE:MAS) and Olin Corporation (NYSE:OLN). Let’s dive right in.

Kroger cools
First up, analysts at investment banker Hilliard Lyons (now owned by PNC Financial Services (NYSE:PNC)) warned that they’re cooling their enthusiasm for supermarketeer The Kroger Co. (NYSE:KR) Monday. Formerly a “buy” recommendation of the banker, The Kroger Co. (NYSE:KR)’s now considered only a “long-term buy” — meaning it’s probably worth owning… but just not at this price.

That’s a surprising conclusion, considering that last week, The Kroger Co. (NYSE:KR) “beat earnings” pretty soundly, reporting $0.77 per share in profits on $24.2 billion in Q4 revenue. Guidance-wise, management also stuck by its long-term goal of promising 8% to 11% earnings growth in 2013 — $2.71 to $2.79 per share. Nor do the shares look particularly expensive. Even after gaining 6% in the wake of last week’s results, The Kroger Co. (NYSE:KR) only costs a little more than 11 times earnings. It’s growing at nearly 10% per year, and pays a 1.9% dividend.

All that being said, I think Hilliard’s right to be cautious, and for two reasons. First, The Kroger Co. (NYSE:KR)’s free cash flow — never particularly strong — currently stands at just $771 million for the past 12 months. That’s barely half the company’s $1.5 billion in reported net income. The Kroger Co. (NYSE:KR) also carries a sizable debt load — $8.6 billion — which isn’t factored into its market cap. Between the cash deficit on the balance sheet, and the little cash coming in on the cash flow statement, The Kroger Co. (NYSE:KR) is a more expensive stock than meets the eye. Honestly, I’m not sure it deserves even the title of “long-term buy.”

Ogling Olin
Next up, chemicals company Olin Corporation (NYSE:OLN). The stock won an upgrade to “buy” from brokerage house Monness, Crespi, Hardt this morning, but I’m hard pressed to say why. Sure, as the manufacturer of “Winchester” brand ammunition, Olin’s enjoying boom times from rising fears over gun and ammo regulation these days. On the other hand, though, Olin Corporation (NYSE:OLN)’s recent good fortune seems fully priced into its stock.

Key Earnings For The Week of March 4: Williams-Sonoma, Inc. (WSM), The Cooper...

Can One Successful Segment Save Roundy’s Inc (RNDY)? – The Kroger Co...

The Fresh Market Inc (TFM) Has a Stumble, but Not a Fall 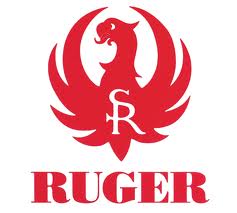