Published on April 30, 2019 at 11:56 am by Nina Zdinjak in Hedge Fund Investor Letters,Hedge Funds,News

Marty Whitman’s Third Avenue Management returned 12.60% in the first quarter of 2019, according to its recently published investor letter (download it here). This means that the fund slightly underperformed its benchmark, MSCI World Index, which posted gains of 12.65% in the same quarter. Aside from its quarterly performance, the fund also posted comments on several stocks in its portfolio, including a new addition – Mohawk Industries, Inc. (NYSE:MHK).

Mohawk Industries, Inc (“Mohawk”) – Mohawk is a vertically integrated global manufacturer of soft surface and hard surface flooring. The company commands strong market positions in both the US and Europe, which account for approximately 85% of company revenues. Mohawk dominates the US market for ceramic tile and carpet and operates with scale advantages across its manufacturing footprint and nationwide distribution network. While many of these capabilities have been organically developed through reinvestment, mergers and acquisitions have also facilitated growth, scale, geographic diversification and product expansion. Importantly, this has been driven by a long-tenured CEO who holds a substantial amount of Mohawk stock.

Businesses that have a capacity to organically reinvest at high rates of return and subsequently compound tangible book value at double-digit rates are attractive to many investors, including ourselves. Indeed, in recent years Mohawk would very much have qualified as one of the long-term wealth creators referenced above, but wide acknowledgement of those traits kept its shares price above levels attractive to us. However, towards the end of 2018, Mohawk’s operating performance uncharacteristically stumbled causing its shares to lose their halo and premium valuation. Mohawk’s operating performance simultaneously suffered from a slowing U.S. housing market as well as challenges presented by a relatively new product category – luxury vinyl tile (‘LVT’) – which has taken market share from more traditional flooring products. Matters were only complicated by rising freight costs, raw materials inflation and sub-optimal capacity utilization. By December 2018, the valuation multiples assigned to Mohawk’s shares had fallen by roughly 50%.

We initiated a position during the first quarter of 2019 following the steep decline in share price. While it will take some time for Mohawk to adjust, its cash-generative operations, strong financial position, and history of best -in-class operations make it likely that the company will be able to effectively respond. At the current price, we believe the market is overly pessimistic about the long-term value of the business given the recent operating performance; and so apparently does management, which, in a rare occurrence, began to repurchase stock in a newly authorized repurchase program. 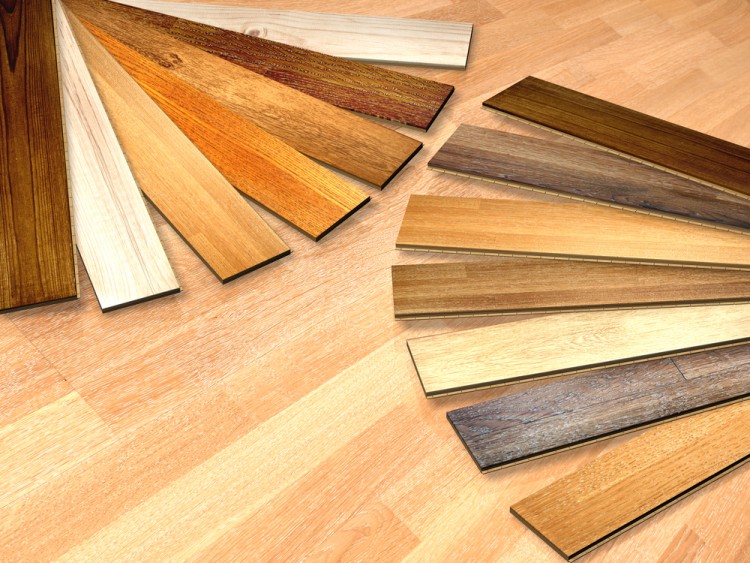 Mohawk Industries, a Calhoun, Georgia-based flooring manufacturer has a market cap of $9.86 billion. Since the beginning of the year, the company’s stock gained 10.08%, and on April 29th it had a closing price of $130.56. Whereas on April 30th, at the moment of writing, its price jumped to $136.11. Mohawk Industries is trading at a P/E ratio of 2.73.

Heading into the first quarter of 2019, a total of 32 of the hedge funds tracked by Insider Monkey held long positions in this stock, a change of -35% from the second quarter of 2018. Below, you can check out the change in hedge fund sentiment towards MHK over the last 14 quarters. With hedgies’ capital changing hands, there exists a select group of key hedge fund managers who were adding to their holdings considerably (or already accumulated large positions).

More specifically, Eagle Capital Management was the largest shareholder of Mohawk Industries, Inc. (NYSE:MHK), with a stake worth $518.1 million reported as of the end of September. Trailing Eagle Capital Management was First Pacific Advisors LLC, which amassed a stake valued at $243.8 million. Fir Tree, Two Sigma Advisors, and D E Shaw were also very fond of the stock, giving the stock large weights in their portfolios. 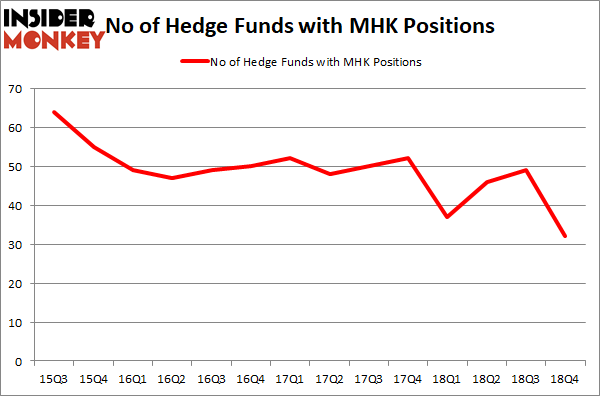