Koesterich believes investors have been pushing up the prices of defensive names for so long that they are now ready to move back to other options. He suggests that the growth-oriented technology sector has appeal based on this change in sentiment. My dividend preference led me to BlackRock Global Dividend Income Fund. Interestingly, it was light on the tech side. That makes the three companies that did make it into the portfolio all the more interesting.

Microsoft Corporation (NASDAQ:MSFT) was once at the forefront of the personal computer market, but largely missed the mobile market that now drives the industry. Microsoft software, however, still powers the machines on the other side of the mobile devices making the headlines, so it’s still profiting in part from their success. It also has other core businesses in gaming and software. 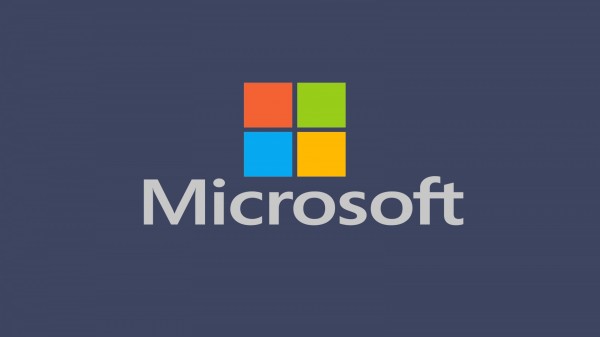 Microsoft Corporation (NASDAQ:MSFT)’s problem lies more with its image than its revenue. In fact, aside from a one-year drop during the 2007-2009 recession, the company’s top line has been headed steadily higher for a decade.

Still, Microsoft Corporation (NASDAQ:MSFT) needs to be better-positioned in the mobile space if it wants to keep growing. So management has spent heavily on new operating systems (OS), including partnering with Nokia Corporation (ADR) (NYSE:NOK) on the Lumia phone and the launch of Windows 8 for PCs. Its new desktop and mobile operating systems look remarkably alike.

If Microsoft Corporation (NASDAQ:MSFT) can get its core customers accustomed to that OS interface, it has the potential to gain ground in the mobile world. That’s probably less of a long shot than it sounds. With a recent yield of around 3% and a dividend that’s been increased yearly for a decade, Microsoft’s paying investors to wait while it figures out the mobile world.

A Chip Foundry Branches Out

Taiwan Semiconductor Mfg. Co. Ltd. (ADR) (NYSE:TSM), founded in 1987, makes chips, but doesn’t design them. It is an industry leader in the chip foundry space, owning or controling 14 facilities.

Taiwan Semiconductor Mfg. Co. Ltd. (ADR) (NYSE:TSM) has also been branching out into lighting and solar energy. Moving beyond its core business isn’t without risks, but these two new industries are increasingly chip-based. If management pulls off the move, its shares could enjoy notable upside. At the very least, the revenue from these two areas could offset the often cyclical nature of the chip business.

Taiwan Semiconductor Mfg. Co. Ltd. (ADR) (NYSE:TSM)’s top line has been steadily heading higher after a large revenue decline in 2009. Earnings, though volatile, are soundly in the black. Even in 2009, the company remained solidly profitable. In 2012, a generally weak year for the industry, Taiwan Semi was able to earn over $1.10 a share.

With a yield of around 2%, income investors probably won’t get too excited. However, this company’s an industry leader making increasingly important products. And it’s reaching into related industries. That could be a recipe for solid long-term returns.

Canon Inc. (ADR) (NYSE:CAJ) is a leader in the printer, copier, and camera markets. The printer and copier spaces are likely to provide cash-cow like revenues for years to come despite industry weakness. Canon Inc. (ADR) (NYSE:CAJ) supplies key parts to other manufacturers in these spaces, too, which further strengthens its position. It’s also getting into the printing services space, which has solid long-term potential.

Photo gear, meanwhile, is an interesting and somewhat sticky niche, since lenses and cameras are costly and can’t be easily interchanged between brands.

Research In Motion Ltd (BBRY): Momentum Building With Enterprise PlatformGoogle Inc (GOOG): Can This Company Keep Growing and Growing?Stick With Microsoft Corporation (MSFT), It Will Pay