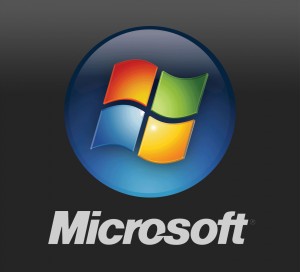 Hedge fund ValueAct said it had taken a $1.9 billion stake in Microsoft Corporation (NASDAQ:MSFT) on Monday. In a presentation at an investment conference, the fund’s CEO argued that Microsoft is well-positioned to take advantage of the shift to cloud computing.

Over the last decade, Microsoft Corporation (NASDAQ:MSFT)’s shares have done little. Although the company has paid out a steady stream of dividends, stagnant growth combined with lackluster acquisitions has kept a lid on shares.

Problems have only intensified in recent months, as declining PC sales may have caused some to doubt the Windows-maker. With PC sales dropping tremendously, the long-term viability of the Windows operating system seems in doubt, particularly as more consumers opt for mobile devices powered by Apple Inc. (NASDAQ:AAPL)’s iOS or Google Inc (NASDAQ:GOOG)’s Android.

Microsoft Corporation (NASDAQ:MSFT) as a play on cloud computing

As Internet speeds increase, software is increasingly shifting from local to the cloud — less computing is being done on a user’s machine, with distant servers picking up the slack.

“In three to five years, which is our time horizon, we’ll stop talking about PC cycles and instead talk about Microsoft as the largest cloud-computing company in the world,” ValueAct’s CEO said, according to Bloomberg.

Microsoft Corporation (NASDAQ:MSFT)’s CEO, Steve Ballmer, largely agrees, although his time horizon is a bit different. In an interview with Andy Caddy, Ballmer remarked that in “10 years” people were largely going to be buying  cloud “services” from Microsoft rather than software.

Specifically, ValueAct loves Windows Azure, a piece of technology that allows customers to create cloud-based applications stored on Microsoft’s servers. In a world with increasing reliance on the cloud, Azure should find a lot of eager customers among the developer community.

Google could dominate the cloud with its own services

In contrast to Azure making cloud life easier for non-Microsoft Corporation (NASDAQ:MSFT) developers, Google looks poised to dominate the cloud-centric future with its own services.

This is embodied in the company’s radical Chrome operating system. Although generally cheap, Chromebooks are little more than a computer with an Internet browser, incapable of running virtually any piece of local software.

Someone using a Chromebook is, practically speaking, completely reliant on the cloud for all of their computing needs. Of course, most of these needs are met with Google’s own cloud-based services — gmail, Google Hangouts, Google Docs and so on.

If ValueAct’s basic premise is correct — that the world will shift to cloud computing — than Google looks to be well positioned as well. However, with a price-to-earnings ratio of 24, Google is certainly a more expensive stock than Microsoft, whose PE currently sits near 16.

Apple will be left in the cold

For example, Google Chrome is an Internet browser, and the experience a user has with it is the largely the same across all PCs, be they Chromebooks, Windows-powered PCs, or Macs. More specifically, Google Docs works the same whether it’s accessed on a $250 Samsung Chromebook, or $1000 Lenovo Ultrabook, or a $2000 Macbook Pro.