Technology writers have tweaked the Japanese word kereitsu over the years to mean a collection of small companies following in the wake of a bigger one.

Thus, Apple Inc. (NASDAQ:AAPL) has a kereitsu — companies that make Apple software, add-on products, or that supply it with parts and manufacturing services.

Unlike a Japanese kereitsu, which is based in part on interlocking ownership of stocks and directorships, you can leave an American kereitsu. And when the big fish starts dying, it’s best you do that.

Microsoft Corporation (NASDAQ:MSFT) has one of the oldest American keiretsu around – only International Business Machines Corp. (NYSE:IBM)‘s (IBM) is bigger – but it’s clear that the company is floundering. The shares are down about 10% over the last year and its Windows 8 is now judged a failure. 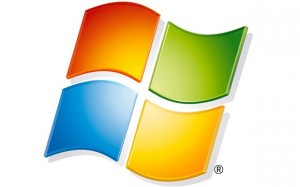 Now the Gartner Group has confirmed the trend with a report showing global PC sales slid in the fourth quarter, as Windows 8 was shipping.

Microsoft Corporation (NASDAQ:MSFT)’s problems are well-known. It signed a patent non-aggression pact with Apple Inc. (NASDAQ:AAPL) that locked it into a design for its Windows RT touch screen system, which turned out to be second-rate. No amount of advertising could convince people that the big tiles or integration with desktop Windows was worth buying.

Not necessarily. Bugs take time to squash, software takes time to improve. Microsoft Corporation (NASDAQ:MSFT) had roughly two years before past Windows releases, and now thinks it will make things all better with something that comes out in eight months? Of course, it couldn’t wait the requisite two years either – too bad there’s no Moore’s Law of Software. Stuff still has to be written by hand.

No company is as vulnerable to Microsoft’s demise as HP. The company doesn’t just make Windows PCs, but the peripherals that link to them. The need for printers and scanners is also decreasing, as the Windows era fades into history. HP was said to be making a move into the hot new era of 3D printing, but the DesignJet was actually a re-packaged Stratasys machine, and the deal was ended. Since then, nothing.

HP is trying to distance itself from Microsoft Corporation (NASDAQ:MSFT) in the cloud, building its HP Cloud on OpenStack, the open source cloud infrastructure, rather than Microsoft Corporation (NASDAQ:MSFT)’s own Azure. But the cloud is becoming an increasingly competitive marketplace – Nebula recently introduced a $100,000 device that can do the whole work of a cloud. That’s the kind of product Hewlett-Packard Company (NYSE:HPQ) itself should have been introducing.

HP has been focused inwardly for years now, and news that CEO Meg Whitman now reigns supreme there, having pushed out board chairman Ray Lane, would seem to be good news. But Whitman herself has said that an HP turnaround will take a few years.

I don’t think the market will wait that long. HP is vulnerable to a takeover at its current price, and that’s the only hope I can find for the stock.

Nokia Made a Bad Choice

Nokia Corporation (ADR) (NYSE:NOK) made a highly publicized decision to tie its future to that of Microsoft’s Windows Phone, after its own Symbian feature phone started fading in the harsh light of Apple Inc. (NASDAQ:AAPL)’s smartphone revolution.

You can argue that CEO Stephen Elop had no choice. He was a former Microsoft executive, and his charter was to rebuild Nokia into the mass market powerhouse it was early in the last decade. Making Nokia the home of Windows Phone was the natural choice.

But it was the wrong choice. Nokia Corporation (ADR) (NYSE:NOK) has been forced to shutter its flagship store in Shanghai and analysts are cutting their ratings, while hoping against experience it can hold a level of $3.50/share. This was a $40 stock in late 2007.

In fact, Elop did have a choice. He could have worked to create specialty markets around something like Google Android. Phones designed around specific verticals remain a great opportunity, and Google is now the dominant smartphone OS with a market share of over 50%.

But Elop took the road less traveled. And shareholders are going to suffer for it. The situation is so bad I’d consider shorting it. If you are stuck with some shares, some options to the downside might recoup some of your losses.

With any tech investment, look at who they’re following and, if they’re the leader, how secure their lead really is. Be prepared to bail on evidence of weakness. These are not the kinds of stocks you can usually buy-and-hold for a generation. They must be watched carefully.

Dana Blankenhorn has no position in any stocks mentioned. The Motley Fool owns shares of Microsoft.