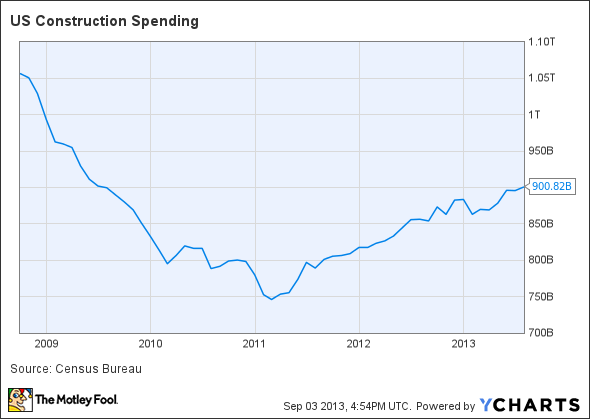 US Construction Spending data by YCharts.

The article Big Deals Hold Back the Dow originally appeared on Fool.com and is written by Dan Dzombak.