All major cues suggest Microsoft Corporation (NASDAQ:MSFT) has the momentum Vs Apple Inc. (NASDAQ:AAPL). Here’s why.

– Microsoft has a strong foothold in the enterprise markets.

– Cloud computing revenue is growing at a stratospheric rate.

Between 2013 and 2015, there was growing sentiment among the press and consumers that Microsoft Corporation (NASDAQ:MSFT) had lost it. Meanwhile, Apple Inc. (NASDAQ:AAPL) continued to break iPhone sales records, and Apple’s stock price continued to balloon based on the belief that the iPhone bubble could never burst. 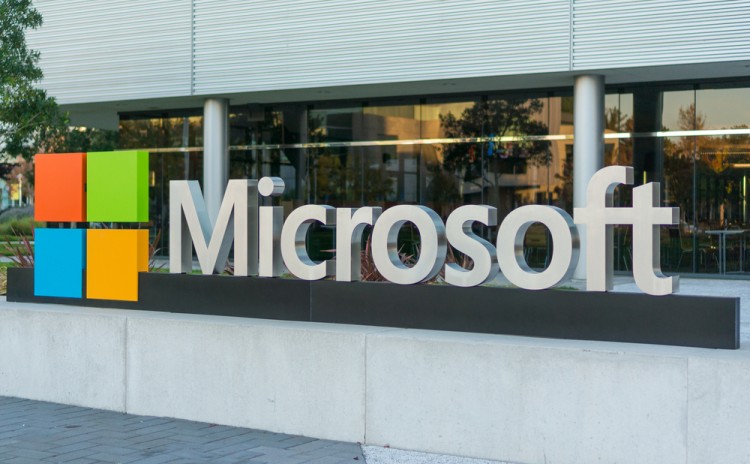 Notably, over the past 12 months, Microsoft has shown that not only do they have the momentum as compared to Apple, but they are set to go back to heights reminiscent of the computer boom. Interestingly, despite the fact that Apple has enjoyed strong hardware sales, they haven’t been able to pivot and take advantage of growing economies. Here’s why investment in MSFT stock could be better than AAPL stock now.

The fact remains that Microsoft still maintains a strong foothold on the enterprise and enjoys fruitful relationships with governments. For instance, Microsoft won a multi-billion dollar deal with the DOD (Department of Defense) in February 2016, and also secured another recently.

Moreover, despite growing competition and free alternatives, Microsoft’s Office division currently makes up ~38% of the estimated stock price, as per Trefis. Furthermore, Microsoft’s Azure revenue went up by a whopping 116% in Q1 FY 2017, and usage is doubling year-on-year. Cloud computing is a big growth driver, and Apple still isn’t well placed to capitalize on it, nor have we seen any indication of plans to venture into it.

As a matter of fact, Microsoft’s smartphones business isn’t performing well. Revenue was down by 71% in FY 17 Q1. However, Microsoft was able to balance this out with gains in other segments. Notably, future growth drivers aren’t going to come from hardware. This is exemplified by Apple Inc. (NASDAQ:AAPL)’s earnings report for Q4 Fiscal 2016, which saw profit decline by 19% as compared to the same quarter last year.

It is worth noting that there is increasing competition from Chinese phone manufacturers, and they are shipping compelling devices. Some can be regarded as “cut-price iPhones”. Research by Morgan Stanley warns of a flooded smartphone market in 2017 from ambitious Chinese smartphone manufacturers. As a result, we might see a big decline in iPhone sales, especially in emerging markets and Asia.

Here’s Why GM, Ford, Xerox and Two Semiconductor Stocks Are in Spotlight...

An Option Strategy To Play Apple Inc. (AAPL) Earnings
Monthly Newsletter Strategy
Download a free copy of our newsletter and see the details inside!
Hedge Fund Resource Center
Related News
An Option Strategy To Play Apple Inc. (AAPL) Earnings 3 Strengths That Make Microsoft Corporation (MSFT) Stock A Buy Now 5 Biggest Tech Acquisitions That May Never Be Topped Why 2017 Could Be The Year Of Microsoft Corporation (MSFT)? Here’s Why Apple, Amazon, Facebook, & Two Other Tech Stocks Are Making Headlines in Last Week of 2016 Apple Inc. (AAPL) Stock Will Rise Above $135 In 2017 5 Best Technology Stocks According To This $32 Billion Market-Beating Fund 5 Publicity Stunts That Went Horribly Wrong 16 Science-Backed Tricks to Fall Asleep Fast while Lying in Bed 10 Most Sold Bottles of Wine
Billionaire Hedge Funds