Market research firm IDC said global PC shipments fell 14% in the first quarter of the year — nearly double the 7.7% drop the firm had forecast. The slump was the most significant since the company began tracking PC shipments in 1994.

With traditional PCs in rapid decline, the industry as a whole should continue to be shaken up, with some tech giants struggling.

PC makers will be pressured 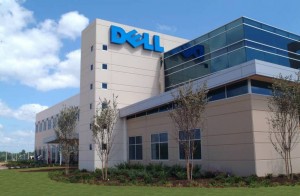 Admittedly, there’s already been much carnage in the PC space over the last year. Shares of many companies involved in traditional PCs dropped significantly in 2012, but IDC’s numbers suggest the worst is far from over.

Dell Inc. (NASDAQ:DELL), despite ongoing talks to take the company private, could see its shares weaken. Renowned short seller Jim Chanos told CNBC last month that he was short the PC maker despite efforts to take it private.

Chanos reasoned that the company’s business model was rapidly deteriorating, and that those seeking to take it private likely weren’t looking at the company’s cash flow. When Dell Inc. (NASDAQ:DELL) laid out its reasons for going private, it listed weakness in the PC business due to the growing popularity of mobile devices.

Intel Corporation (NASDAQ:INTC) has attempted to get into the mobile market, but its efforts have borne little fruit. The company has partnered with some smartphone makers to provide chips for low-end smartphones in International markets, but high-end phones continue to utilize ARM-based chips.

The company is working on rolling out its Haswell chips, which will likely hit the market in the near future. The chips use significantly less power and generate less heat than their predecessors, and so will be ideal for Ultrabooks and tablets like Microsoft Corporation (NASDAQ:MSFT)’s Surface Pro. However, sales of the Surface Pro have been sluggish — Haswell could change that, but nothing is guaranteed.

Meanwhile, Advanced Micro Devices, Inc. (NYSE:AMD) has said it is working on ARM-based processors, but the company has yet to produce anything substantial. A deal to provide the chips for both Microsoft’s and Sony’s 0Comments should guarantee the company sales over the next few years, but weakness in the broader PC market should wreak havoc on the rest of Advanced Micro Devices, Inc. (NYSE:AMD)’s business.

Despite the fact that PC sales are plummeting, and Windows 8 has failed to resonate with the consumer, Microsoft might be better off than many believe.

On the consumer side, the next Xbox could represent the future of smart TV. In addition to being a game console, Xbox 3 could emerge as the dominant home entertainment hub, with Xbox Live serving as a gateway for original entertainment.