Microsoft Corporation (MSFT), Google Inc. (GOOG): The War for Your Next Web Browser Is Heating Up

Tech investors who lived through the dot-com crash can remember back to a time when Web browsers were seen as a killer technology. Microsoft Corporation (NASDAQ:MSFT) made defeating Netscape its defining battle of the late ’90s; competition was so fierce that Microsoft’s tactics in the Web browser space was a central part of the antitrust case that aimed to break up the company. 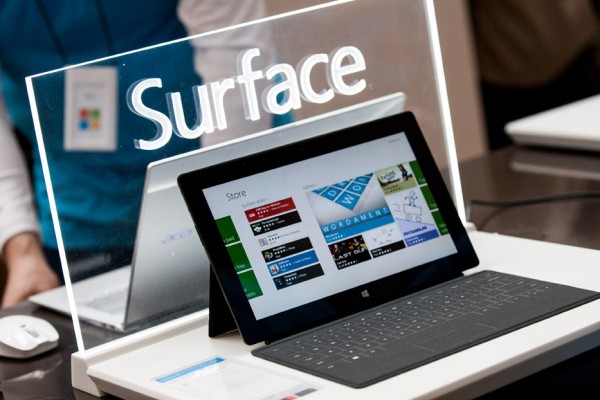 In the 2000s, the importance of Web browsers faded. Having defeated Netscape and with little revenue from the browser itself, Microsoft Corporation (NASDAQ:MSFT) let a full five years pass between the release of Internet Explorer 6 and IE 7. Internet services such as search had become the real moneymakers of the online world, so Microsoft moved its resources elsewhere.

Yet Microsoft Corporation (NASDAQ:MSFT)’s inaction in the browser space led to a host of new competitors such as Firefox and Google Inc. (NASDAQ:GOOG)‘s Chrome. As these browsers proved faster and more reliable, Internet Explorer’s share faded.

In the following video, Motley Fool senior technology analyst Eric Bleeker looks at not only the history of mobile browsers, but also where the next evolution of the browser is headed. He notes that when Android chief Andy Rubin recently departed for a new challenge in the company, Google Inc. (NASDAQ:GOOG) tapped Sundar Pichai, the senior VP of Chrome, to head up Android.

Beyond Google’s structuring of its mobile OS and Web browser under the same leadership, there are other signs of the fusing of browsers and mobile. For example, Mozilla, the organization behind Firefox, has created its own mobile operating system known as Mozilla OS.

The key point? Right now the line between mobile and Web browsers is fading. Google Inc. (NASDAQ:GOOG) has begun running ads highlighting how Chrome easily syncs between PCs, smartphones, and tablets. That’s a move that makes tremendous amounts of sense as we move toward a world where, instead of a single PC, users have several different computing devices. In that world, you’ll want a browser that seamlessly has the same settings and bookmarks and remembers passwords between devices.

Even further out could be the dream of an operating system that bridges all of these devices itself. Even if Android and Chrome don’t “merge” together, as has recently been speculated, the overlap between the two is a sign that the Web browser wars have moved off the PC, and toward meeting the needs of users across all devices.

The article The War for Your Next Web Browser Is Heating Up originally appeared on Fool.com.

Eric Bleeker, CFA, has no position in any stocks mentioned. The Motley Fool recommends Google and owns shares of Google and Microsoft.

Google Inc. (GOOG) Can Now Answer: Where Do I Know That Actor From?What the H… Heck Is Going On At Dell Inc. (DELL)? – Hewlett-Packard...Corning Incorporated (GLW), Microsoft Corporation (MSFT): Is There Hope For...