PVH Corp (NYSE:PVH) will release its quarterly report on Monday, and the stock has continued climbing to new all-time record highs despite a sluggish retail environment in general. With a high earnings multiple, though, PVH Corp (NYSE:PVH) earnings will need to grow substantially to justify the stock’s valuation.

PVH Corp (NYSE:PVH) is the company behind well-known brands Calvin Klein, Tommy Hilfiger, and IZOD. But it also has licensed arrangements with a number of other popular names, including DKNY, Michael Kors Holdings Ltd (NYSE:KORS), and Nautica. Let’s take an early look at what’s been happening with PVH Corp (NYSE:PVH) over the past quarter, and what we’re likely to see in its report.

Can PVH earnings keep climbing higher?
Analysts have boosted their views on PVH Corp (NYSE:PVH) earnings in recent months, adding $0.02 per share to their July-quarter estimates, and more than $0.10 per share to their full-year projections. The stock has followed suit, climbing another 15% since early June.

PVH managed to bring strong momentum into the current quarter, posting surprisingly strong results in its first quarter that sent the stock soaring by double-digit percentages. Large revenue gains resulted from its acquisition of Warnaco Group earlier in the year, which helped expand PVH’s hold over the Calvin Klein brand. With Warnaco’s extensive international sales, the buyout also put PVH Corp (NYSE:PVH) in a better position to compete against VF and Ralph Lauren, both of which have arguably done a better job of leveraging their respective apparel and accessories lines into world-renowned brands.

Where PVH stands out against competitors like Ralph Lauren and Perry Ellis International, Inc. (NASDAQ:PERY), though, is in its diversity of brands. With so many well-known names in its stable of brands, PVH can afford to deal with downturns in some areas as long as it can target more lucrative markets with its other products. That has helped PVH retain its strength even in tough economic conditions in recent years, while Perry Ellis has had difficulty keeping up with PVH and Ralph Lauren since the financial crisis.

One question going forward is whether PVH will succeed in extending its license agreement with Michael Kors Holdings Ltd (NYSE:KORS) beyond its 2015 expiration date. By mutual consent, the license is extendable through 2016, but, given Kors’ success as an independent company, PVH might have trouble renegotiating a contract beyond then.

In the PVH earnings report, watch to see which brands have produced the best results for the company. As long as some of its offerings remain popular, though, PVH should be able to sustain its growth trajectory unless economic conditions get a whole lot worse.

The article How Far Can PVH Earnings Grow? originally appeared on Fool.com and is written by Dan Caplinger.

Fool contributor Dan Caplinger has no position in any stocks mentioned. You can follow him on Twitter @DanCaplinger. The Motley Fool owns shares of Perry Ellis. 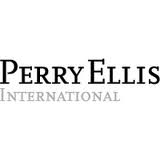